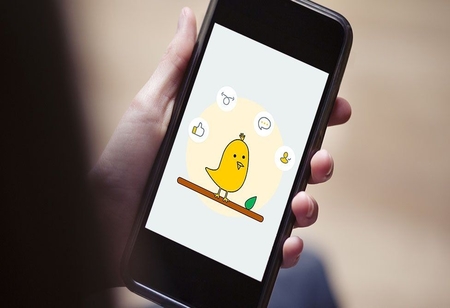 Koo, India’s very own microblogging site, has raised $ 30 million by a Tiger Global led round in a series B funding.

The microblogging platform which is on par with Twitter, had mentioned the other existing investors that took part in the round namely Accel Partners, Kalaari Capital, 30ne4 Capital, Blume Ventures and Dream Incubator.

Notably, the fund raising coincides with the implementation of new IT intermediary regulations, which will result in increased accountability and scrutiny for social media giants such as Twitter and Facebook. Under the new criteria, Koo has around 60 lakh users, making it a major social media intermediary.

"With this round, new investors IIFL and Mirae Assets have joined the cap table," it added. The microblogging site will use the new funds to boost its engineering, product, and community initiatives in all Indian languages.

Last week, the microblogging site reported that it had complied with the new requirements' criteria and that its privacy policy, terms of service, and community guidelines had been updated to reflect the changes.

According to Aprameya Radhakrishna, Co-founder, CEO, Koo, the microblogging site is developing an India-first product and that user safety and convenience are paramount. “Complying with the new social media guidelines announced by the Government of India in a timely manner demonstrates why it is critical for Indian social media players to thrive in the country”, he added.

"In the coming years, we have ambitious goals to become one of the world's largest social media platforms. Every Indian is rooting for us to arrive as soon as possible. Tiger Global is the ideal partner to work with in order to realize this vision”, expressed the CEO

The government’s stringent guidelines for social media companies such as Facebook and Twitter, requires them to remove any content detected by authorities within 36 hours and establish a complaint redressal procedure with a local officer.

Additionally, the microblogging site has established a due diligence and grievance redressal structure, which is supported by an Indian resident Chief Compliance Officer, Nodal Officer, and Grievance Officer.

Aprameya Radhakrishna, the founder of Taxi For Sure, and Mayank Bidawatka, the founder of Media Ant and Good box, established the microblogging platform for Indian languages in March last year.

Following a disagreement with Twitter, union ministers and government agencies embraced the domestic microblogging site, which has experienced a tremendous increase in its user base in recent months.

In just a year of operation, Koo estimates that the app has received approximately 6 million downloads.

"In the coming years, we have ambitious goals to become one of the world's largest social media platforms. Every Indian is rooting for us to arrive as soon as possible. Tiger Global is the ideal partner to work with in order to realize this vision”, expressed the CEO.

Last year, Radhakrishna and Mayank Bidawatka launched Koo, a platform that allows users to express themselves and interact with one another in Indian languages. It supports a variety of languages, including Hindi, Telugu, Bengali among others.