Luru to Get Launched in Bengaluru Tech Summit 2022 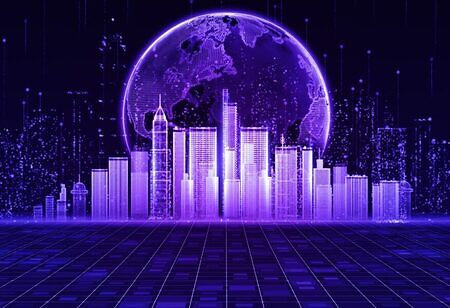 Bengaluru's Metaverse, Luru - an immersive virtual rendition of the city will be launched at the three days Bengaluru Tech Summit 2022.

A global first, the launch covers a section of the city’s iconic Church Street with virtual stores, concert halls, public art and spaces, and even an auto to navigate various parts of the city.

Malini Goyal, Founder, UnboxingBLR says, “Starting with Church Street, Luru would follow a phase-wise plan for the Bengaluru Metaverse going on to the area around Vidhana Soudha and the Bangalore Palace where the tech summit is being hosted.”

It is modeled on the streets, hubs, and hotspots that make the city unique. The aim is to unify the digital presence of Bengaluru in a modern avatar: the metaverse.

In addition, the core objective is that any Luru-users can create their own spaces with simple no-code tools on www.Luru.city to build their own metaverse for free. The immersive experience of Luru will be accessible directly from the browser on mobile phones, desktops, and headsets.

Prashanth Prakash, Founding Partner at Accel, and Chairperson at UnboxingBLR says, “As India's tech capital and its most global city, Luru opens the door for Bengaluru's entry into Metaverse, I am hopeful this will help people, residents and non-residents get a flavor of the city's energy.”

Luru is a reflection of the city of Bengaluru, and the plurality of experiences this city has to offer. It is bringing next-generation experiences and discovery to our increasingly online lives

According to reports, Hombale Films (the production house behind Kannada films Kantara and KGF), fashion designer Manish Malhotra, Third Wave Coffee, Souled Store, and the Embassy Group have signed up as launch partners for Luru.

Utsav Mathur, Founder and CEO, GMetri says, “Luru is a reflection of the city of Bengaluru, and the plurality of experiences this city has to offer. It is bringing next-generation experiences and discovery to our increasingly online lives.”