Mensa Brands Raises $ 50 Million in a Series A Funding Round 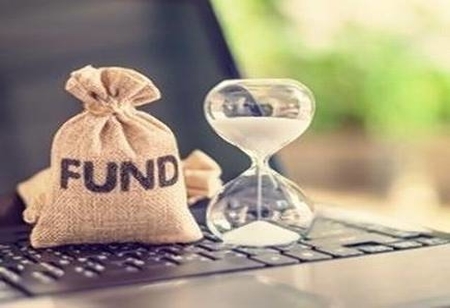 Mensa Brands, a new start-up by Myntra’s former CEO and Co-founder of Medlife Ananth Narayan, in a series A round headed by Accel Partners, Falcon Edge Capital and Norwest Venture Partners, has raised $ 50 million in a mix of equity and debt. Kunal Shah, Mukesh Bansal, Rahul Mehta of DSTGlobal and Scott Schleifer of Tiger Global, Alteria Capital and lnnoVen Capital who provided debt to venture were also prominent angel investors who participated ihe round.

Mensa, which is partly based on Thrasio, a US firm, is on the hunt to construct an empire of consumer brands outside of India, is known to purchase third-party brands sold off Amazon and aims to accelerate their growth.

The venture is also set on acquiring an enormous stake ranging from 60 to 65 percent in online-first brands which not only seem to be worth a revenue of Rs.10 to 70 crore, but are also deemed profitable. Soon afterwards, the venture plans to strengthen the existing tools and accelerate their business on marketplaces on either their own websites or global platforms.

Within a span of three years, the venture hopes to 100 percent stake and then wishes to help entrepreneurs by providing a lucrative monetization opportunity to boot.

Narayan who is now the founder and CEO of Mensa, holds immense experience all thanks to working at Myntra as well serving Medlife by boosting their growth online, has expressed that how it is the right time to build an empire of brands, since there are huge tailwinds from the COVID-19 pandemic.

Currently, the venture plans to support the functionalities of these brands by funding them through debt and equity capital to acquire stakes in these brands. Narayanan stated that he remains a strong supporter of startups and businesses with long-term growth, with profitability being a significant factor in brand selection.

"The possibility to scale digital companies from India is significant. I'm incredibly excited and enthusiastic about partnering with fantastic startups and assisting them in scaling their businesses abroad. We know the effort it takes to scale a brand digitally, having witnessed it firsthand at Myntra and Medlife "Narayanan stated.

Narayanan, who previously served as CEO of Myntra, Co-Founder and CEO of Medlife, and a Senior Partner at McKinsey & Company, has seen Myntra grow sixfold in 3.5 years while increasing profitability. He also bought Jabong, a competitor, and integrated it into Myntra, all while under his leadership.

Subrata Mitra, Partner at Accel Partners expressed their take by saying that, “we are thrilled to be working with Ananth and the Mensa team. They are not just strategic and of high calibre, but they have also chosen an issue of brand aggregation that we believe has favourable tailwinds”.

“Direct-to-consumer sales account for around 15 to 20 percent of internet sales in the United States, which is a more mature market, while marketplaces account for around 80 percent of online sales. In India, I believe the skew is 95 percent marketplaces and only five percent direct-to-consumer. As a result, there is potential for growth,” Narayanan explained. However, he noted that for the time being, marketplaces will continue to drive a large portion of India's online sales growth.

Narayanan said, "What we're attempting to do is develop a tech-led house of brands from India, ideally for the globe. Over the next three years, the goal is to invest in and acquire roughly 50 brands in areas such as home, garden, personal care, cosmetics, and apparel”.

Mensa will use debt to support the operations of these firms while using equity to buy stakes in brands. Narayanan stated that he remains a strong supporter of startups and businesses with long-term growth, with profitability being a significant factor in brand selection.

The venture will primarily target firms that are online-first, with marketplaces, their own websites, or other platforms accounting for 60-70 percent of their sales. It may, however, consider investing in established offline firms that are eager to expand online, according to Narayanan.

Mensa, on the other hand, will not focus on brands in the electronics and food categories, where margins are often thin and competition is fierce. While the firm is in talks to buy a few companies, it said it wasn't ready to divulge details about its planned agreements just yet, but that some would be completed in the coming weeks.

Narayanan said, "What we're attempting to do is develop a tech-led house of brands from India, ideally for the globe. Over the next three years, the goal is to invest in and acquire roughly 50 brands in areas such as home, garden, personal care, cosmetics, and apparel”.