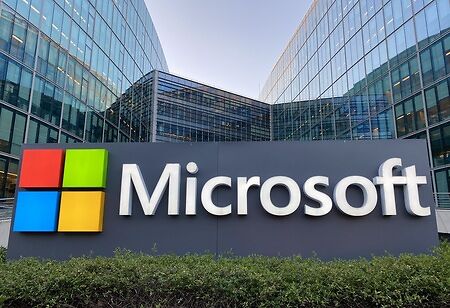 Microsoft Corp., released earnings this week that indicated some resilience in the face of a sluggish economy. These results were supported by the cloud business, which exceeded Wall Street projections for the end of 2022 but may fall short of forecasts for the current quarter.

Cloud revenue in the fiscal second quarter, which was published this week, made up for some loss in the PC section, allaying concerns that the lucrative cloud segment for big IT companies may be struck hard as consumers sought to cut spending.

Microsoft announced this week that it was eliminating nearly 10,000 employees, joining other major computer corporations in resorting to layoffs to weather tougher times. It reported fiscal second-quarter earnings that were higher than expected by Wall Street.

"The small miss on Microsoft's cloud earnings forecast is likely just a reflection of the new economic reality that businesses are facing and not a harbinger of something worse," according to Bob O'Donnell, chief analyst, TECHnalysis Research.

According to Refinitiv, it predicted third-quarter sales in its so-called intelligent cloud business would be $21.7 billion to $22 billion, slightly less than the analyst consensus estimate of $22.14 billion. That segment's second quarter revenue of $21.5 billion marginally above forecasts.

Following the viral popularity of the chatbot ChatGPT, which uses artificial intelligence to provide straightforward answers to common inquiries, the cloud industry is once again in the news. The bot was developed by the firm OpenAI, in whom Microsoft has made significant investments and which is in need of intensive cloud computing services.

Chief Executive Satya Nadella stated during the earnings call that it was too early to distinguish between the contribution of AI and the workloads in the Azure cloud.

"There's a variety of ways that we can bring that technology either in specific offerings or to improve existing offerings," said Brett Iversen, Microsoft's head of investor relations, referring to OpenAI. He said revenue from OpenAI-related businesses would show up in revenue for Microsoft's cloud service Azure in the future.

As the PC market continued to contract, sales at Microsoft's More Personal Computing segment—which includes Windows, devices, and search revenue—fell 19 percent to $14.2 billion. The business anticipates a decline in revenue to between $11.9 billion and $12.3 billion in the third quarter of the current fiscal year.

"The small miss on Microsoft's cloud earnings forecast is likely just a reflection of the new economic reality that businesses are facing and not a harbinger of something worse," according to Bob O'Donnell, chief analyst, TECHnalysis Research.