Microsoft to Launch Next-Generation of Windows this June 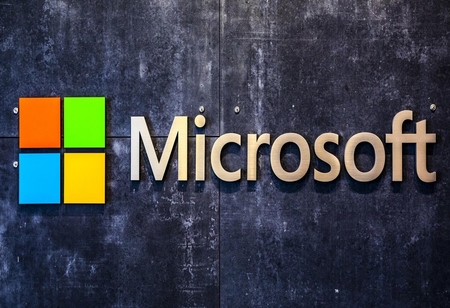 Windows users will soon have to switch over to a new one, as the tech giant Microsoft is all set to releasing the next-generation of windows on June 24,2021. Prior to a week, the tech giant’s CEO, Sathya Nadella had given hints about major upgrades to the PC operating system to developers and creators.

Regarding the event for the same, the tech giant has begun sending invites to the media, according to The Verge. The event will be presented by Nadella and Panos Panay, Chief Product Officer and will flag-off at 11:00 am EST and 08:00 am PT on June 24.

There is much to look forward to, as the tech giant’s CEO had already stirred up the curiosity of many developers and creators alike, when he shared hints of it and even framed it as ‘next-generation of Windows’.

Speaking of hints or teasers, a new Windows logo is also teased in the invitations regarding its event.

The tech giant will be revealing major upgrades and is said to most likely feature a number of visual enhancements as well.

Users are ardently expecting to witness some significant UI changes to the yet to be launched Windows under the codenamed 'Sun Valley'.

Within Windows itself, Nadella has vowed to unlock a better economy for developers and innovators

Only a month ago the tech giant confirmed that the OS for Windows 10X, is only built for dual screen devices and will not be shipped. Whereas now it's rolling out the visual elements of the same into the main version of Windows 10.

Visual works are already in progress where there will be new File Explorer improvements and even newer icons which will put an end to the Windows 95 era icons.

Microsoft is also concentrating on enhancing Windows' basic foundations, with solutions for an issue with rearranging apps on multiple monitors, the arrival of the Xbox Auto HDR functionality, and Bluetooth audio compatibility improvements.

Within Windows itself, Nadella has vowed to unlock a better economy for developers and innovators.

In recent months, Microsoft has been working on a new app store for Windows, with rumors circulating that the shop will be available to all apps and payment platforms.

The company has been rumored to be moving in this route, and Nadella's comments about developing and monetizing apps, as well as a broad 'economic opportunity' for developers, indicate that there will be a major overhaul.

According to speculations, Microsoft will allow developers to submit any Windows program or even third-party commerce platforms as apps. Developers will be able to avoid paying Microsoft a 15 percentage fee on apps and a 12 percentage cost on games.

According to The Verge, Nadella's hint for the ‘next generation of Windows’ is also intriguing. Considering ‘Windows 10' is where Microsoft primarily addresses updates for its most recent operating system, this is the case. The new name could imply that the company is contemplating a significant Windows upgrade.

Since the business is rumored to be working on significant UI enhancements as well as a new app store for Windows. The latter appears to be the case, as Nadella's words imply that Microsoft may supply capabilities that allow developers to earn more money.