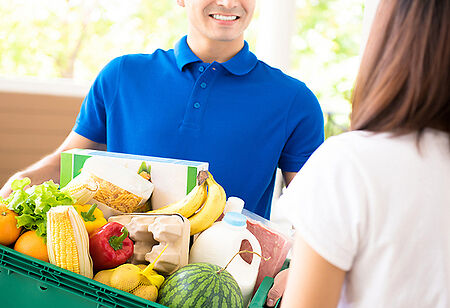 According to reports the Ola is scaling down its food delivery ambitions and plans to integrate 10 minutes grocery delivery. The mobility company’s cloud-kitchen business under Ola Foods has nixed its expansion plans as it looks to sell most of its kitchen equipment at up to 30-50 percent discount.

The company initially planned to expand its cloud kitchen business significantly and run over 500 facilities across the country. It operated close to 50 cloud kitchens as of 2020.

Ola Foods failed to garner traction for its cloud--kitchen brands and is not an easy business to run. The management bandwidth was also an issue as the company focuses on Ola Electric (its EV arm), as per reports.

The cloud kitchen subsidiary had ambitions of running over 500 outlets in the near future, from a base of just 50 outlets in 2020. However, due to the difficulties in managing these businesses, as well as the management's focus on Ola Electric, Ola Foods was unable to build a sufficiently successful business model for expansion.

Ola has a long history of attempting to build a food business before scaling back ambitions. In 2015, it launched 20-minute delivery service Ola Cafe, but it was shut down

Ola Foods is currently not available on the app in several premium locations in Bengaluru, although it has been reported that many Ola Foods brands have already pulled their services from Swiggy and Zomato to avoid paying their fees.

Ola has a long history of attempting to build a food business before scaling back ambitions. In 2015, it launched 20-minute delivery service Ola Cafe, but it was shut down. In 2017, Ola acquired food delivery business FoodPanda India, but scaled back their service in 2019.