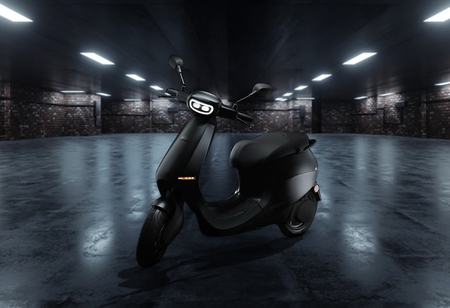 The ridesharing platform has been making headlines with its newly invented electric scooter on its way to the markets. Particularly one being the company’s CEO, Bhavish Aggarwal's first ride of the vehicle in Bangalore. Since then, Aggarwal has been keeping his fellow tweeters busy, teasing snaps of the vehicle, and asking new ideas for better tagline.

He described his experience tweeting, “took this beauty for a spin! Goes 0-60 faster than you can read this tweet! Ready or not, a revolution is coming”.

The launch date is yet to be fixed, but talks have been that the vehicle is most likely to reach the stores during this month.

Features to Expect
For starters, this vehicle does not come with any keys, but have no fear, as the ride-sharing platform has to unleash app-based keys. This could be a time saver for those spending time looking for their vehicle’s keys in the morning. Aside from that, last year, Ola’s EV manufacturing unit, Ola electric, had purchased Etergo from the Netherlands and it’s no brainer that Ola’s electric scooter is based on the latter’s design and is likewise said to almost resemble the same.

Thus far, the transportation ridesharing platform has kept its lips tight around its vehicle’s specification, but it’s expected to have features like alloy wheels, removable Lithium-ion battery, digital instrument console, cloud connectivity and more from its Dutch counterpart.

The seating is claimed to ergonomic, and the company promises a 'superior cornering' ability as well as 'class-leading acceleration'.

The new e-scooter has a small profile in terms of design. The twin headlamp cluster, encircled by LED DRLs, gives it a distinct appearance.

"The EV revolution is coming! From Karnataka in 2017 to Gujarat just this week, 21 states and UTs are now incentivizing EVs to make them affordable. We're committed to accelerating this with #OlaFuturefactory and our scooter that's coming soon”, tweeted Mr.Aggarwal

A Single Charge Capacitates 150km Range
One of the most sought after features for an EV is the vehicle’s driving range, companies are working on producing comprehensive charging environment. The official driving range numbers have yet to be disclosed by Ola Electric. However, according to the company, a 50 percent charge may provide a range of 75 km. Given the minor feature reveal, it’s safe to anticipate that the scooter will have a range of about 150 km on a single charge.

The scooter's fast charger is designed to charge the scooter up to 50 percent in 18 minutes for a range of 75 km. This also suggests that the new scooter will have a range of 150 km on a single charge.

For the safety quotient, the vehicle is said to be equipped with disc brakes fixed at both the front and rear wheels. For smoother handling, a combination braking system or ABS may be available.

Telescopic forks on the front end and a horizontally mounted shock absorber on the back end will handle the electric vehicle's suspension duties.

The World's to be Largest Electric Two-Wheeler Production Plant
The plant, which will be completed in 2022, stretches upon a massive 500-acre plot that is roughly the size of 378 football fields or 25 Delhi T3 airport terminals, will have an annual capacity of 10 million units. It will undoubtedly become the world's single largest two-wheeler manufacturing plant, employing approximately 10,000 people and equipped with 3,000 robots.

As it’s in the process of becoming the world’s largest single electric two-wheeler plant, it’s only natural that it will have customers flying from all around the world like Europe, Asia, and Latin America.

With a target of completing a phase 1 of the plant, the Ola Electric arm is constantly toiling in much efforts. The plant is rumoured to capacitate two million units, ten production lines will produce one scooter for every two seconds and phase 2 is most likely to be completed by the end of 2021. Followed by phase 3 and 4 which are predicted to be complete the following year.

The integrated manufacturing operations that will make up the mega plant will encompass the whole value chain of the EV manufacturing process. The mega-block spans 43 acres covering two million square feet and will house all production facilities.

Battery, paint shop, welding, motor, general assembly, completed products and two supplier parks will be housed in the integrated production plant. With a size that big, the plant will have its own testing facility. The Ola plant, which was built utilizing Industry 4.0 smart manufacturing techniques, will use 3,000 robots across many operations.

The Mega Plant is based 4.0 Principles and Encompasses AI-Powered Operations
Built on Industry 4.0 principles, the Ola mega factory will be AI-powered, with Ola's unique AI engine and tech stack deeply integrated into every step of the production process, constantly self-learning and refining every component of the manufacturing process.

According to the company, this will give the entire operation exceptional control, automation, and quality, especially with the installation of cyber-physical and advanced IoE technologies. Ola is upgrading industrial layout with Siemens' Digital Enterprise software to make the most of available space and capacity.

From raw materials to material transportation inside the facility, to storage, to finished scooters rolling off the manufacturing lines and being loaded onto trucks, the whole material handling process at Ola's factory will be entirely automated for optimal efficiency.

"These advanced technological systems will seamlessly merge with Ola's workforce to produce the perfect synergy of humans and machines working in tandem to build the most efficient production system and provide the greatest quality products," according to Ola.

"The EV revolution is coming! From Karnataka in 2017 to Gujarat just this week, 21 states and UTs are now incentivizing EVs to make them affordable. We're committed to accelerating this with #OlaFuturefactory and our scooter that's coming soon”, tweeted Mr.Aggarwal.