Raghu Krishnananda Will Be The New Chief Technology Officer Of Myntra 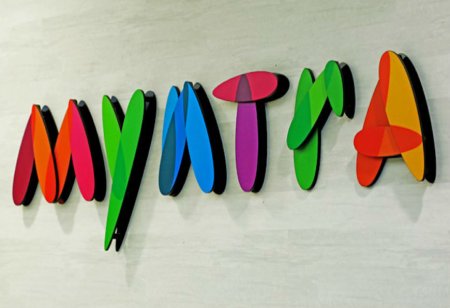 Bengaluru, India – 18 February, 2020: Myntra, the e-Commerce fashion etailor has declared the appointment of Raghu Krishnananda as the new Chief Technology Officer. Previously he was working in the Samsung Research Institution in Bangalore as the head of their service platform.

He has more than twenty years of experience as a tech expert and has guided R & D teams in the US and India for Citibank, Goldman Sachs and Yahoo India. He was also a senior manager for product development in foremost worldwide organisations in the finance domain, web and mobile respectively. He is an expert in machine learning and cloud computing. He guided more than 400 engineers under him and is skilled in performance management. He completed MBA from Stern

“Technology is the backbone of Myntra and plays an important role in shaping our proposition,” said Amar Nagaram, Head of Myntra. “Our company’s larger emphasis is on consumer engagement through content, with technology as the enabler. His experience in the domain will help us lead the industry,” he added.

“Technology has and will continue to enable innovative and engaging experiences to consumers, especially in the online fashion sector,” Raghu Krishnananda said.

Flipkart owned Myntra did not have a designated chief technology officer for almost five months before Raghu Krishnananda joined.

Jayendran Venugopal, the former CEO of Myntra moved to Flipkart in the year 2019 and later became the chief technology and product officer.

Myntra markets more than 3000 fashion and trendy brands like Nike, Wrangler, Arrow, Diesel, Harley Davidson and Biba on its marketplace. Almost two-thirds of its revenue comes from attire, the only largest classification, followed by footwear, accessories and new launch in kids and personal care. Myntra was founded in the year 2007 and had just started with the selling of personalized gifts. In the year 2018, Myntra launched Witworks, a start-up of wearable products which is headquartered in Bangalore.