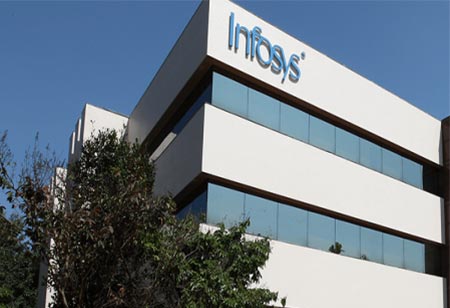 As long as IT as a service, Infosys will allow the fintech business to boost its progress and extension aims with end-to-end support as Movement Mortgage routes its digital transformation journey. Serving Movement Mortgage promotes business capacity and progressing industry particular solutions are Infosys’ key deliverables in the deal. “Providing loan officers, real estate agents and our borrowers with technology and a digital infrastructure that delivers an innovative, user-friendly experience on every platform and in every channel,” said Casey

Crawford, CEO, Movement Mortgage, about the deal in the Infosys statement.

Movement Mortgage has funded $55-billion worth residential mortgages since 2008, holding licenses to operate in 49 US states. The $11-billion worth Infosys did not reveal the worth of the deal.

Infosys Limited provides business consulting, information technology and outsourcing services. Infosys is the second-largest Indian IT company after Tata Consultancy Services by 2017 revenue and 596th largest public company in the world based on revenue. Infosys was established by seven engineers in Pune, Maharashtra, India with an initial capital of $250 in 1981. It was registered as Infosys Consultants Private Limited on 2 July 1981. In 1983, it relocated its office to Bangalore, Karnataka, India. Geographical extension was in 2012, Infosys announced a new office in Milwaukee, Wisconsin, to serve Harley-Davidson, being the 18th international office in the United States. Infosys hired 1,200 United States employees in 2011, and expanded the workforce by an additional 2,000 employees in 2012. In April 2018 Infosys announced expanding in Indianapolis, Indiana. The development will include more than 120 acres and is expected to result in 3,000 new jobs, 1,000 more than previously announced.

Infosys enjoy the reputation of being a bellwether in the Indian software industry. They are the primary players when it comes to snatching offshoring chances in the global arena. In addition to that, most of the industry experts feel that there still exists a great potential for growth in the Indian IT sector. Infosys has completed 30 years of its journey in the IT sector. Now the company is looking at the next phase of the journey. In the first phase of the journey, Infosys 1.0, the company created GDM which became the de-facto standard in the entire industry later on. During Infosys 2.0, the company developed the capabilities of providing end-to-end solutions and consulting services. Now in third phase, the company is focusing on products and platforms business to increase the non-linear business while doing its regular business. Hence, the company is adapting itself with time and creating new growth opportunities while maintaining its relevance to its clients.

Record Volumes As Digital Payments Thrive In Time Of Pandemic