Snapchat Entertains Users to Special Features from the Tokyo Olympics 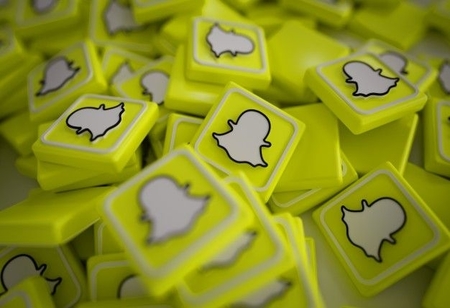 When Google has pitched ways to enjoy the Tokyo Olympics this season, Snapchat has also come up with something that users can enjoy certain special features associated with the events.

The multimedia messaging app by Snap Inc., is said to feature two events from the International Olympic Committee (IOC) and it also includes highlights such as from the Olympics and the Best of the Olympics.

In general, these Olympic highlights translate to daily highlights show produced by the International Olympic Committee (IOC) in India and that showcase major moments from the Tokyo Olympics every day. This also includes covering some of the outshining athletes and stories from previous Olympic editions in ‘The Best of Olympics’.

On another note, the official Olympics account will host an 'Augmented Reality Lens' called 'Train like an Olympian', that will team up with Snapchat’s body tracking technology.
This gives users a chance to stay active by rewarding them with a simulated fireworks display if they complete three workouts before the time runs out.

For Snapchat to provide such services could perhaps pertain to the firm saying how a lot of its users happen to be diehard sports fans and over 85 million users watching sports content each month.

The app also offers organic Olympic-themed Cameos in the Sticker folder and Chat until the Tokyo Olympic games are hosted. This way the app encourages its users to show some love and support for their country and favorite Olympic sport.

Earlier, Snap Inc., stated that it has completed the purchase of WaveOptics Ltd, a British augmented reality (AR) technology company, for more than $500 million. Snap, along with other digital giants such as Facebook and Apple, is working on augmented reality systems as the next technological frontier beyond smartphones.

The idea behind AR glasses is that it will allow users to digitally see travel directions in front of them or information about a nearby landmark.

The new Spectacles have two waveguide displays that can overlay Snapchat's software's AR features. The frame has four built-in microphones, two stereo speakers, and a built-in touchpad. Front-facing cameras help the glasses detect what you're looking at, allowing graphics to interface with the surroundings more naturally.

These Spectacles, on the other hand, are not yet commercially available. Unlike prior editions, Snap is not selling them. Instead, through an online application program, it will distribute them to an undefined number of AR effects developers.

The app also offers organic Olympic-themed Cameos in the Sticker folder and Chat until the Tokyo Olympic games are hosted. This way the app encourages its users to show some love and support for their country and favorite Olympic sport.