From Bitcoin to Dogefather: A Beginner's Guide to Cryptocurrency 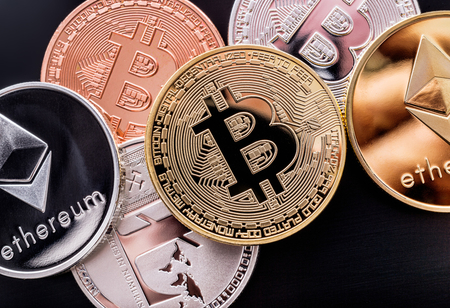 If you are a fan of the great Indian Premier League (IPL), you would have probably come across a TV commercial portraying a husband, who seeks cryptocurrency investment advice from a gynecologist, while stretchering his wife off to the labor ward. Yes, you guessed it right, and probably the ad director didn’t! A gynecologist is not exactly the best person to gather cryptocurrency advice from. In fact, maybe you don’t need expert advice to commence cryptocurrency trading and start benefiting from it. Let’s check out the contents of the cryptocurrency starter pack.

The Legitimacy
Is crypto currency legal across the world? This is a billion-dollar question that makes people skeptical about investing in crypto currency. Given that 1 Bitcoin currently equals more than Rs.42 lakh, what happens if the government suddenly bans trading this digital currency, leaving crypto-holders high and dry? Well, it’s quite an improbable scenario. The European Union has passed no specific legislation relative to the status of bitcoin as a currency, which makes it completely legal in the region, and it has also stated that VAT/GST is not applicable to the conversion between traditional (fiat) currency and bitcoin. The cryptocurrency transactions in the G7 countries are perfectly legal as well. When it comes to India, the scenario narrates a slightly different picture, as there are rumors that the government plans to ban the possession of cryptocurrencies. But despite this, transaction volumes are reportedly flaring up in India and around eight million investors now hold 100 billion rupees ($1.4 billion) in crypto-investments, according to industry estimates (of course, there is no official data available). At the moment, there is no law against crypto trading in India and it won’t be an easier thing to ban ether.

What is cryptocurrency trading?
By definition, a cryptocurrency, crypto-currency, or crypto is a digital asset developed to function as a medium of exchange wherein individual coin ownership records are stored in a blockchain ledger and the transactions are recorded real time – visible to every trader – thanks to the blockchain technology. In layman’s terms, by using the cryptocurrency trading platform / application, which are available on Play Store and iTunes, you can add money to the particular crypto-trading app’s digital wallet, which can be used to buy cryptocurrencies at the present rate, which indeed changes in a matter of seconds. It subsequently follows the traditional process of investment and returns with almost the same amount of risk factor – you wait for the unit price of the crypto you bought to flare up and you sell it at a better price to take the profit home.

The Ace of Cards
The king of the realm, however, is definitely Bitcoin (BTC). On January the third, 2009, Bitcoin came into existence as the first cryptocurrency with Satoshi Nakamoto mining the genesis block of bitcoin (block number 0), which constituted a reward of 50 bitcoins. After four years, in March 2013, Laszlo Hanyecz made the first real-world Bitcoin transaction by buying two pizzas in Jacksonville, Florida, for 10,000 BTC, an amount that would be nearly more than half a billion USD today.

So, what makes bitcoin the most valued crypto? What made Bill Gates say, “Bitcoin is a techno tour de force”? The Government fiat currencies, just like the US Dollar, have declined in value, since the governments across the world supply them jail gentle repute and only take delivery of taxes through them. On the flip side, bitcoin prices surged through the subsequent elements like the limited supply of bitcoin, and of course, its brand persona. When Satoshi developed Bitcoin, the number of Bitcoins that will ever exist was limited to roughly 21 million, and this fixed supply limit certainly gives Bitcoin anti-inflationary properties. In a nutshell, there are only 21 million bitcoins ever going to be, of which almost 17 million are currently in supply. It’s no wonder everyone wants a piece of it, creating the unique demand. People even think that it can change the world. “I do think Bitcoin is the first [encrypted money] that has the potential to do something like change the world,” once said Peter Thiel, the co-founder of PayPal.

Besides bitcoin, Ethereum, Litecoin, Ripple (XRP), Zcash, and even the Dogecoin are among other cryptocurrencies that occupy the red carpet. In truth, when Ethereum (which was proposed in 2013 by programmer Vitalik Buterin) went live in 2015, it was even observed as a crypto that could take the throne off bitcoin to become the predominant cryptocurrency in the world. Well, even though the predictions didn’t pan out well enough, Ethereum currently holds a solid second rank in terms of the market cap.

The Dogecoin and the Dogefather; The Meme Coin Story
The cryptocurrency community is a wide enough ecosystem to incorporate different kinds of traders, even meme creators! An Open-source cryptocurrency sprouted from the Litecoin codebase, Dogecoin (DOGE), as its name suggests, was conceptualized based on the Doge meme, which depicts a dog of the Shiba Inu breed that flooded the internet around the year 2013. It’s the closest thing to crypto-programmers having fun in their business. Ever since its initial release in December 2013, Dogecoin has come a long way. There have been multiple factors that have helped the meme coin to flare up its value – from Adobe’s Jackson Palmer creating a dogecoin.com to TikTok campaign and Snoop Dog and Elon Musk’s twitter push.

The Dogefather SNL May 8,

On 17th July 2020, Elon tweeted, “It's inevitable” with an image of a dust storm having a Shiba Inu face and portraying Dogecoin standard consuming the world economy which took twitter by storm and took the value of Dogecoin for a hike. As per the CNN report, the shares went up by a whopping14 percent at the time. While offering to accept cryptocurrency as payment for Tesla vehicles, Elon has also timely intervened in the meme coin’s future ever since.

Dogecoin has given 300 per cent returns so far in 2021. The Dogecoin community, however, is currently bracing for another Elon bombshell this Saturday, as the Tesla owner had tweeted last week that he is going to appear in ‘Saturday Night Live,’ NBC's Emmy Award-winning late-night comedy showcase, while also making a Dogecoin reference in the tweet. “The Dogefather SNL May 8,” Elon tweeted.

It looks like the crypto world is in for a real ride. Happy investment!