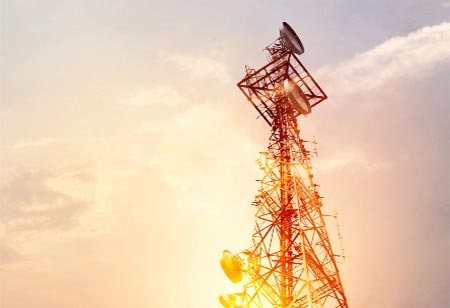 Bengaluru, India – 12 March, 2020: The extensive deviation between adjusted gross revenue (AGR) obligation evaluated by Vodafone Idea and Bharti Airtel and those approximated by the telecom division has been promoted by circumstances like key deductions disqualified by the government, variations in accounting treatment and replication of demand objects.

Recently, Bharti Airtel and Vodafone Idea considered their adjusted gross revenue dues at 13,004 Crore and 21,533 Crore, jointly, and below the 37,700 Crore fixed for Airtel which included Telenor and more 53,000 Crore for Vodafone Idea by the Division of Telecommunications.

Analysts said “Airtel and Vodafone Idea were compelled to adopt a conservative stance while making much higher provisions of Rs 35,400 crore and Rs 44,200 crore, respectively, for their AGR dues because they did not have enough time after the Supreme Court’s October 2019 verdict to complete self-assessments. Such conservative provisions, they added, were based on extrapolation of DoT’s then latest demands.”

and/or one of the Big 4 auditing firms, assuming the Supreme Court sees the telcos’ efforts (part/ad-hoc payments) as bona fide and allows an (AGR) dues reconciliation exercise,” Kotak Institutional Equities said. “The operators would have been extra cautious in their math, given the Supreme Court’s tough stance on the matter.”

The country’s top court is programmed to hear alteration pleased by the operators, looking forward to bargain payment timelines with DoT, on March 17.

18,004 crore was paid by Airtel in the way of its constitutional adjusted gross revenue dues, that includes an additional of Rs 5,000 crore as ad-hoc payments, which is a matter to refund after DoT accommodates its own estimates with the telco’s. An amount of Rs 3,500 crore was paid by Vodafone Idea out of its Rs 21,533 crore self-assessed adjusted gross revenue dues and is apparently examining ways to divide another Rs 3,500 crore.

Analysts said the huge variations among self-assessments by the telcos and the government’s predictions developed from set-offs against revenue that were not entitled by DoT due to the nonappearance of documents, with interconnection usage charges , the largest of such not qualified items.

“These (interconnect charges) have been allowed as a deduction in the AGR by all authorities, including the Supreme Court… proper documentation of IUC pay-outs has now allowed operators to calculate the correct AGR,” Kotak said in a note seen by ET.

ICICI Securities declared that, a mixture of replication of items, double-tallying of revenue appearance and not letting the set-off of substances where a segment may be disputed also dedicated to huge distinctions in assessments.

Analysts announced, the accounting variations also had a major part in the sharp deviation. For example, DoT needs licence fees to be paid on a cash basis versus accounting on an increased basis that operators pursue.

“Any deduction on accrual basis was entirely disallowed by DoT for working out AGR, thereby increasing the amount and licence fee and spectrum usage charges (SUC) that is paid as a percentage of AGR,” ICICI Securities said in a note to clients.