Uber Agrees on USD 2.65 Billion All Stock Deal With Postmates 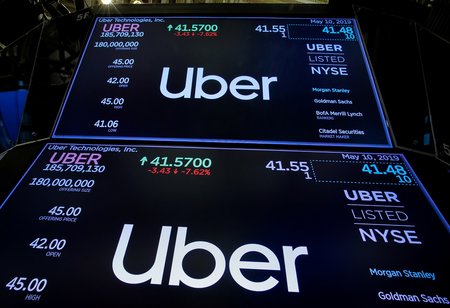 As reported by Bloomberg, this deal has been finalized and is announced today.

The head of Uber Eats, Pierre-Dimitri Gore-Coty will probably run Uber’s combined deliver business as sources reported from the discussions of the final

deal. Not sure what the role actually is, but Postmate’s Chief Executive Officer Bastian Lehman is to take up after the acquisition. Bastian and his team is staying to manage Postmates separate service, as said by another source.

How Will It Affect Uber’s Business?

Uber might run past the leader of market in the United States food deliver DoorDash Inc shortly. Postmates was unable to match DoorDash’s vigilant and firm hold in Los Angeles and the Southwest of America. This is favourable for Uber Eats.

The discussion was taking place between Uber and Postmates for the last four years and it took pace a week ago. Thereafter Uber approached Postmates. It’s a strategy by Uber after it failed to post bid for GrubHub Inc, (a publicly traded company) via Uber Eats division and moved out with a deal of Just Eat Takeaway.com NV for $7.3 billion.

Plans are subjected to change as per the Uber’s board of Directors.

Postmates raised $225 million on September 2019 in a private fund raising and it valued at $2.4 billion.

Postmates was founded in 2011 and in May it accounted for 8 percent of the United States’ meal delivery market as per the Second Measure (analytics firm).