UpGrad Expands its Activities Across Bharat 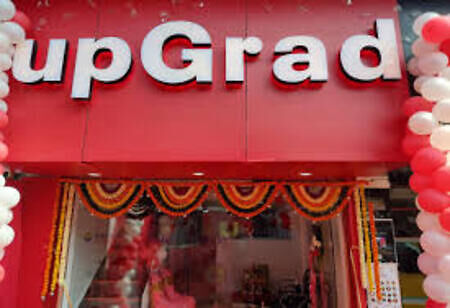 Edtech unicorn led by Ronnie Screwvala UpGrad, which formerly concentrated mostly on upskilling working professionals, is now expanding its activities to concentrate on students in Bharat, or the interior of India.

One of the major test preparation companies for government employment in India, Exampur, will be acquired by upGrad as part of this approach. Reports estimate that the purchase is worth roughly Rs 125 crore. Exampur aims to generate Rs 70 crore in revenue this fiscal. With its entry into exam preparation, UpGrad will now be in direct opposition to companies like SoftBank-backed Unacademy and Adda247.

The Noida-based learning platform, which Vivek Kumar and Vardan Gandhi co-founded in 2018, has more than 10 million users. The majority of the information for its more than 200 exam preparation courses for government employment is given through its more than 27 YouTube channels.

These include preparation programs for the UPSC, SSC, military, banking, education, and other State-level Government jobs.

UpGrad intends to increase its operations in rural India through a variety of initiatives, such as upskilling the talent already there for positions in the private sector.

Exampur claimed that the number of educated applicants in India is increasing dramatically while they remain unemployed. The pandemic-related disruptions, geopolitical circumstances, and rising inflation that are adversely affecting the employment elasticity in the nation are also supporting it

With an average audience of 2.5 million students and a cumulative subscriber base of over 12 million, Exampur dominates the Hindi-speaking markets in New Delhi, Uttar Pradesh, and Bihar. Also, it is believed that about 90 percent of Exampur's paying customers come from tier II, tier III, and tier IV markets. According to Kumar, there are roughly 85 million people in these markets who apply for between 850,000 and one million government jobs each year, so upGrad is filling a very large vacuum.

To assist aspirants in evaluating their professional competencies and streamlining their learning process, Exampur offers value additions including online test series, free quizzes, and live scholarship tests. Candidates who use it gain access to one of the largest collections of study materials and an extensive collection of electronic books.

A six month course offered by Exampur in an entirely online format often costs Rs 1,000 as opposed to Rs 10,000 in the offline sector, where students must physically travel to a center, according to Gaurav Kumar, President - Corporate Development, upGrad.

Exampur claimed that the number of educated applicants in India is increasing dramatically while they remain unemployed. The pandemic-related disruptions, geopolitical circumstances, and rising inflation that are adversely affecting the employment elasticity in the nation are also supporting it.