Wearable IT Devices Are Enhancing Our Efficiency In Everyday Activities 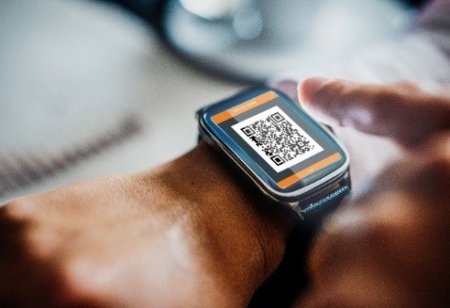 Wearable Technologies are an emerging trend that is intensifying both in terms of demand and production with each passing year. The market has gained a competitive edge in recent times; it is especially true when it comes down to the millennial population. It is an emerging technological trend that seeks to integrate electronic devices and applications with our daily day to day activities. Wearable devices are being used for various purposes which may range from smart-watches, Wrist bands that record our daily movement for fitness purposes to hearing- aid devices and smart dog- collars which give appropriate commands to dogs when the owners are absent. With the rapid increase of IT research, there are endless possibilities of Wearable technological devices that may be produced as per our human needs.

According to the International Council of Shopping Centres (ICSC) – The smart wearable market is valued to be around 216.18 million USD in 2019. The Asia Pacific region is witnessing the highest marketing trends in the Wearable technology industry probably due to the fact that the region is

witnessing rapid rise in dispensable income especially among its millennial population. When it comes to the production and research of such technologies, then it is North America that is known as the hub of wearable IT technologies.

The wearable device market can be grouped into various categories which includes- Smart-watch, Hearing aid devises , smart clothing and textiles, medical devices such as fitness tracker to name a few. Among all of them, the smart-watch industry is going through a period of rapid boom. For instance, well established brands such as Apple and Fossil are keeping a consistent price similar to traditional watches to boost its sales. Moreover, traditional watchmakers such as Armani and TAG have also started venturing into this niche. Apple has introduced a smart watch for the heart patient which enables them to detect conditions of a stroke happening prior to its actual occurrence. Through the help of “Wearable” doctors are also able to check on the conditions of their patients, and establish critical insights about the patient’s health with ease.

Smart clothing is yet another sector which is revolutionizing the way people monitor their health. Smart fabrics – clothes which have sensors attached to them are trending in sports and also in the general public space due to the added functionality it provides. Nike in 2019 introduced the Hyper Adapt smart sneakers launched specifically for athletes that have the ability to adjust itself via the help of an app.

The wearable technology industry has also witnessed the rise of safety and defence related wearable devices designed to help people when one is threatened or endangered. Alerts can be sent via pre-recorded texts and voice mail services about a potential danger. Some of the safety devices also have in-built GPS system allowing the user to immediately send their locations to their family members, friends or even the police.

Wearable Technologies are proving out to be an exceptional solution to save both time and resources. Apart from enhancing the user experience wearable devices is also providing ample of opportunities for market researchers in the digital space. So, these are some of the trends occurring in the Wearable IT Industry. No doubt that in the upcoming future Wearable devices will be able to solve much more complex world issues but the necessary impetus towards that probable future has already been initiated.