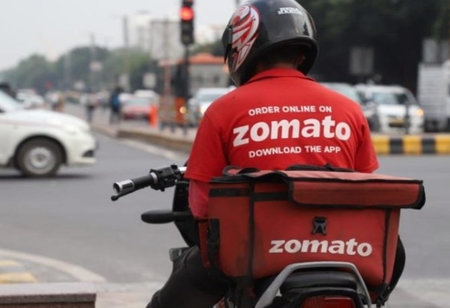 In an effort to raise more than $1 billion through the combination of a fresh equity issue and the sale of existing shares, Zomato submitted to the SEBI market regulator their long-awaited draught red herring prospectus (DRHP).

The online Food-tech platform said that it intends to collect roughly $1.1 billion (Rs.8,250 crore) via its public listing. Of this, a new issue of equity shares will be made to Rs.7,500 (approximately $1 billion) crore.

The remainder, which is Rs.750 crore, will be raised by existing investor Info Edge, who is the earliest contributor to Gurugram's offer for sale (OFS).

Earlier, Info Edge, Naukri's parent company, had revealed to stock exchanges about their intention to sell $ 100 million shares in Zomato's IPO. Today, Info Edge has a share of Rs.7,270 crore of around 18.5 percent in the company.

After which, the Food-tech platform said that before it files the red herring prospectus (RHP) with the company registrar, it may be considering a pre-IPO placement of equity stocks totaling Rs.1,500 crore (about $200 million).

The platform said its operating revenue expanded, representing an expansion of 5.5 in three years, from Rs.466 crore in FY18 to Rs.2,604 crore in FY20. It also proclaimed that its revenue from its operations stood at Rs.1,301 crore in the nine months ended 31 December.

"We have made these investments in the past and we expect them to remain crucial to our future growth," said Zomato.

In funding the organizations for organic and inorganic growth initiatives for five years after its public listing, Zomato stated that it will allocate 75 percent of the IPO gross revenue or Rs.5 625 crore. The organic initiatives include the acquisition of customers and users, the investment in their delivery infrastructure and the construction of their technology infrastructure.

"We have made these investments in the past and we expect them to remain crucial to our future growth," said Zomato.

It added that it would invest no more than 25 percent of its net income for general business.