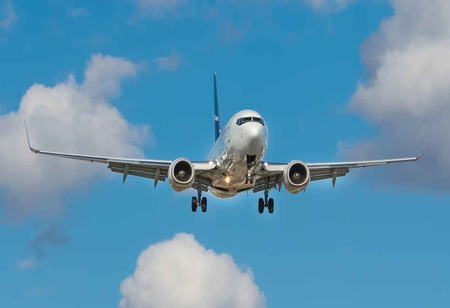 The new faster wireless internet services by the telecommunication companies mark a greater impact. But the plans offered are undergoing several hurdles after aviation safety regulators began to impose destructive flight restrictions as 5G services pose a risk to aircraft cockpit equipment. In addition, the Federal Aviation Administration issued regulations that prevent aircraft from landing in certain low visibility conditions at sites where 5G services are activated. On the other hand, the agency is planning to consider some of the planes safe to make such landings after the test, to help minimize any air-traffic disruptions.

Why is the Aviation Industry Concerned about Flights?
The problem is that the new 5G signals may affect aircraft equipment that help planes land during tough weather conditions avoiding accidents. Instruments such as radars or radio altimeters use radio frequencies to measure the distance between an aircraft and the ground. Aviation officials are concerned about cellular frequencies that telecommunication companies plan to activate, as they could interfere with altimeters, potentially turning off readings that carry instruments endangering the aircraft. Since 5G services are said to operate in a frequency of C-band, which is close to the airwaves used by altimeters.

Will New 5G Services Make Flights Unsafe?
The FAA has said that it is taking steps to ensure that aircrafts do not operate in unsafe conditions due to 5G services. The agency has said that the point of its restrictions on aircraft using certain radar altimeters is to ensure that the equipment does not potentially degrade.
Telecom industry representatives say that signals on the C-band will not cause harmful interference to the cockpit equipment. They pointed to the fact that the US has included a buffer band to separate the new 5G signals from those used by radar altimeters.

Even the helicopters and private planes also depend on altimeters. Helicopter Association International, a trade group, said some air ambulances and law-enforcement helicopters could be grounded if new 5G services are rolled out in the coming days.

Private aircraft and helicopters use a much larger number of airports and landing sites than commercial aircraft. Airports Council International – North America, a trade group has called for delaying the 5G rollout until a sufficient mitigation is called to keep flight safe.

How Big a Deal is 5G for the Telecom Industry?
Fifth-generation cellular technology is significantly faster than previous services, making activities such as downloading software and streaming video easier. Several spectrum bands coverage is not uniform, and AT&T and Verizon specifically require more frequencies to protect their networks from overcrowding. For example, Verizon bid $45.5 billion for its C-band license, and plans to use them to offer more 5G service to mobile customers and to provide home Internet links in some areas where cable broadband not available or costs high.

Why did this Issue Come to the Bow Now?
The issue is largely raised as federal agencies did not act before to work through their disagreements. Concerns about possible interference with cockpit equipment were on the FCC’s radar, according to a commission order published in March 2020. That order found that, in part, a study did not demonstrate that the harmful interventions were likely to occur under appropriate scenarios and suggested that an industry task force must continue to analyze the issue.

The FAA brought up its concerns last month and the communication would be sent shortly before the start of the FCC auction, and called for the sale to be postponed. Former US president, Donald Trump’s administration officials did not agree with the FAA’s last-minute concerns and the C-band auction went ahead, but didn’t go unnoticed by the aviation industry. By last autumn, the two regulators had begun sharing the information that both had been seeking for months.

How Other Countries Overcame the Issue?
Other countries have allowed telecommunications companies to provide wireless services around the same frequencies, though with some restrictions. For example, France has a limit of 5G operations at about 20 airports where pilots have low visibility during landing, while regulators in other countries have limited power levels for ground stations.

T-Mobile could face the same problems that its rivals could now if the latest security concerns are not addressed over the next two years.

What does All this Mean for Airline Passengers?
Aviation industry and government officials have cleared that agreement reached by transport authorities and telecom companies in early this year expecting to avert the most serious flight disruptions. Under the agreement, the FAA selected 50 airports for the buffer zone where telecommunication companies will be confined for six months, with 5G signals expected to become operational this month. On that list are some of the largest traveller hubs, such as Chicago’s O’Hare International, and facilities that often encounter fog and clouds, such as San Francisco International.

Some busy airports such as Hartsfield-Jackson and Ronald Reagan Washington National in Atlanta were not included as they are not in areas where the new 5G service is being deployed first. At other airports, according to the FAA, the towers are far enough apart to create a natural buffer for 5G connections. Besides, aviation industry and government officials have said they expect to cancel, delay or divert at least some flights as Verizon and AT&T activate the new 5G service this month. The agency has told the FAA that their altimeters are able to operate reliably and accurately in the new 5G environment.

Do T-Mobile Face the Issue?
AT&T and Verizon compensated a premium for early elimination of C-band spectrum. T-Mobile are biding in the same FCC auction, but went away with the license due in late 2023, therefore its 5G network isn’t affected by the latest standoff with the FAA. T-Mobile could face the same problems that its rivals could now if the latest security concerns are not addressed over the next two years.