AI Now Might be Able to Save You from Food Poisoning 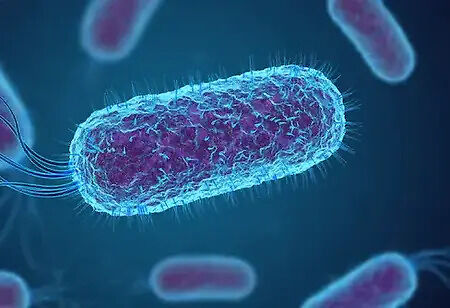 Dining out often means going all out of your diet. Hardly anyone thinks whether the food we consume will cause any harm to our bodies. Most of us are guilty as charged and only think about the taste-teasers on the menu. But when the vegetables or meat the restaurants use to prepare those tasty foods are not washed correctly or don't meet the basic quality standards, the heat-sensitive bacteria in the food directly enters our body through the digestive tract. As we know, the small intestine is the best medium for culturing bacteria, replicating them, and finally leading to severe health issues like blind loop syndrome. But there is good news.

A few researchers from the UT Southwestern Medical Center, Dallas, Texas, including Dr. Kim Orth (Ph.D.), Professor of Molecular Biology and Biochemistry, and Dr. Lisa Kinch (Ph.D.), a bioinformatics specialist in the Department of Molecular Biology, have come up with a new thesis where they have used artificial intelligence to detect a new set of genes that they have found in the gut of the enteric bacteria. Researchers reveal that the genes appear similar in their functions and structures, not in the sequencing. This will help in the functioning of the cells in fighting against intestinal bacterial issues.

Structure of Genes Found in the Gut of the Enteric Bacteria
Dr. Kim says, “We identified similarities in these proteins in reverse of how it's usually done. Instead of using sequence, we have looked for matches in their structure.”

Researchers have found the VtrA and VtrC in gram-negative bacteria called Vibrio parahaemolyticus, which causes food poisoning from the contaminated shellfish that senses the bile from the bacterial cell surface. It also sends the signal to form a cascade that allows the microbe to invade the intestinal cells of the human host. Even though the VtrA resembles the protein named ToxR, found in the toxigenic bacterium Vibrio cholerae that causes cholera, Kim and team are investigating whether the same homologous sets are present in the same bacteria or if they are also present in the different bacteria.

Artificial Intelligence Helps in Detecting the Genes and Proteins
Dr. Lisa says, “We had never seen anything like VtrC. But, we thought, other proteins like it must exist.”

Researchers used the new software AlphaFold to detect the protein folding used in detecting the genes present in the gut of the enteric bacteria. AI could accurately detect the structures of the proteins through the genetic sequencing that codes for them. When scientists used the Alpha fold to detect the structures, ToxS in V. cholerae looked very similar in structure to VtrC, and they have not participated in the gene sequencing. The duo has started to search for similar proteins in other organisms. They have found that the homologous VtrC in other organisms causes diseases in human beings. The Yersinia pestis that causes bubonic plague and the bacteria causing the surface infection called Melioidosis have a similar homologous pair of the genes that enteric bacteria consist of. Each of these VtrC homologs appears to work in concert with the proteins structurally similar to the VtrA. Researchers proclaim that their role will be similar to that of Vibrio parahaemolyticus.

According to Dr. Kim, the structural similarities might lead to the pharmaceuticals that treat diseases caused by other pathogens that rely on similar pathogenic strategies.

AI could Detect the Protein Folding
By using AI, scientists were able to detect the protein folding issue, the structure of the protein, and the amino acid sequencing. They have used software called AlphaFold 2 and RoseTTAFold to detect the three-dimensional structures of the protein based on amino acid sequencing. Before using the AlphaFold 2, scientists had to crystalize the proteins and use X-ray crystallography to determine the structure of the protein. The procedure is costly as well as time-consuming. Deep Learning uses neural networks trained on the large amount of the data that extracts the data from the new. The procedure follows step-by-step instructions.

AlphaFold is used in multiple works. It not only detects protein folding and can describe how the individual proteins assemble to build a complex unit. When we start describing fluorescent proteins, they appear in many structures. Marine creatures such as jellyfish and coral have these proteins. Their luminescence can be utilized to illuminate and examine illnesses. Fluorescent proteins detect the amino acid sequencing, and the produced sequence will also be fluorescent. AlphaFold 2 folded the fluorescent amino acids in a different pattern than the broken fluorescent protein. It also helps to detect the amino acid that enables the protein to shine. Scientists proclaim that the protein data bank training set and the numerous sequencing alignments would allow Alphafold2 to think like a chemist.

Marc Zimmer, Professor of Chemistry, Connecticut College, says, “I am a computational chemist interested in fluorescent proteins. These are proteins found in hundreds of marine organisms like jellyfish and coral. Their glow can be used to illuminate and study diseases.”