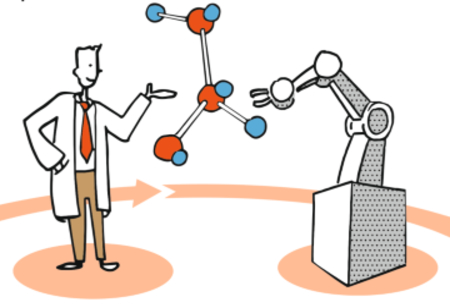 Artificial Intelligence (AI) has been making its breakthrough in many industries and is promised to do the same for the pharmaceutical industry around drug discovery. Latest study by the Transparency Market Research (TMR) indicates that the global market for AI in drug discovery is expected to grow at a CAGR of 36.1 percent over the forecast period. It says that last year global AI in drug discovery stood at $ 0.35 billion and is anticipated to reach US$ 10.93 billion by 2031.

AI being one among the latest technologies, is not only considered as a reliable option for timeliness, it has also been observed that the technology in drug discovery has accelerated extensively over the years. A real time example standing strong in this case is that AI is speeding up the research of COVID-19 drugs to curb the spread of the coronavirus. In fact, it’s proving to be a boon in the area during these tough times.

Google’s parent, Alphabet for that matter is foraying into the field with its newly established company, Isomorphic Labs, a drug discovery company that uses AI methods in drug discovery. The company will draw on research conducted by DeepMind, a London-based artificial intelligence lab that Google purchased in 2014. It will draw on the work of DeepMind, another Alphabet unit that has heralded the use of AI to predict the structure of proteins.

Isomorphic and DeepMind Study Drug Reactions
Isomorphic will attempt to create models that predict how medications will interact with the human body. Word on the street is that it could make use of DeepMind's protein structure research to find out how various proteins interact. Instead of developing its own drugs, the company may attempt to choose to market its models. It will concentrate on forming alliances with pharmaceutical industries.

Although Isomorphic seems to have said that it has its own dedicated resources which are fewer in number, the company assured that, “teams from both companies may collaborate when feasible, especially in the early days while Isomorphic Labs builds its team”.

Developing new medications is a lengthy, complex trial-and-error process that entails combining a variety of substances in various combinations. Several companies, like BenevolentAI in London and Atomwise in San Francisco, believe AI could help speed up the process.

Hassabis, a former child chess prodigy with degrees in computer science and cognitive neuroscience from Cambridge and University College London, wrote, “we believe that the foundational use of cutting edge computational and AI methods can help scientists take their work to the next level, and massively accelerate the drug discovery process”.

DeepMind has also engaged in the field of health care, and it once had its own DeepMind Health division. However, after a contentious deal with the UK's National Health Service, Google acquired it in 2018.

DeepMind has since undertaken research in other areas of biological science, making achievements in the realm of protein folding. The business said last year that it had built an AI system that can properly anticipate the structure that proteins will fold into in a matter of days, resolving a 50-year-old ‘grand challenge’.

What AI Could Do in Drug Discovery
The enormous chemical space, which contains over 1060 compounds, encourages the discovery of many drug molecules. The lack of advanced technology, on the other hand, hinders drug development, making it a time-consuming and costly endeavor that can be addressed by applying AI. AI can distinguish hit and lead compounds, allowing for faster therapeutic target validation and structural design optimization.

Despite its benefits, AI has significant data challenges, including the data's scale, growth, diversity, and ambiguity. Pharmaceutical companies' drug research data sets can contain millions of molecules, and typical machine learning tools may not be able to handle them. A computational model based on the quantitative structure-activity relationship (QSAR) can swiftly predict huge numbers of compounds or simple physicochemical characteristics like log P or log D. However, these models are a long way from predicting complicated biological features like compound efficacy and side effects.

Small training sets, experimental data error in training sets, and a lack of experimental validations are all issues that QSAR-based models confront. To address these issues, recently emerging AI technologies, such as deep learning (DL) and relevant modelling studies, can be used to evaluate the safety and efficacy of therapeutic compounds using big data modelling and analysis.

Also, AI could fetch more than a few bucks for the market especially when it comes to speeding up the research work for deadly diseases such as Cancer for one. Cancer is one of the world's major causes of death. Cancer cases are continually growing all over the world. Researchers can use AI to help them figure out how cancer cells become resistant to anticancer treatments. These findings may aid researchers in developing and designing medications in the future. Furthermore, there is an increase in the demand for medications to treat malignant cancer patients. This factor is expected to drive the AI drug discovery industry forward.

On the fund pooling aspect, there’s another field called Mindful AI, which is still in its infancy, and has the potential to grow in popularity significantly in the next few years. It is gaining traction as a viable option for developing more effective medications. A pharmaceutical company's ability to develop and increase medicine effectiveness can be boosted by using mindful AI. All of these reasons are projected to contribute to the AI in the drug discovery market's growth.

In terms of predicting therapeutic potential, AI is being used to assess the Drug Information Bank (which comprises drug candidates, gene expressions, protein-protein interactions, and clinical data records) from a public library.