Confused about Your Next smartphone? Here are the Best Smartphones Under 30,000 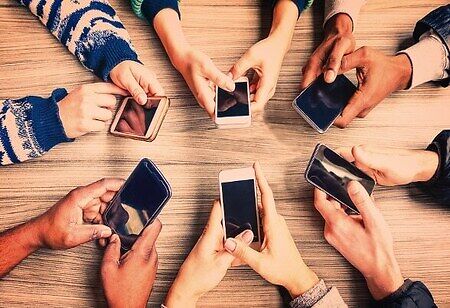 Smartphone has almost become a body part to most of us. It's hard even to imagine a life without mobile phones, even though the said party was not even in the picture of ordinary life a couple of decades ago. At the beginning of the 1980s, when mobile phones were available in the market, only the top layer of the socio-economic pyramid used them. Now the mobile phone has become an integral part of our life. In the process, mobile phones have grown beyond radio waves and communication to become a handy gadget that gets things done—from office work to shopping, payments, entertainment, and whatnot! Moreover, now the education and healthcare sectors have embraced the smartphone world, which has sky-rocketed the demand for smartphones and tabs. However, when it comes to buying a smartphone, the choices could be overwhelming for most of us.

Here are the best smartphones under Rs.30000:

POCO F4 5G
With a 64MP primary camera that can snap impeccable photos and Qualcomm's Snapdragon 870 SoC at the helm to offer lightning-fast processing speeds, the POCO F4 is truly a breakthrough. The mobile phone doesn’t have the cut corners in the viewing part, and it comes with a 6.67-inch E4 AMOLED panel up front that can refresh at 120Hz. With a sturdy build quality, 80W fast charging, and more, the POCO F4 is the smartphone to beat this year. You can buy the phone from Flipkart, and it is not available on any other online stores. Mobile phone is available with 8 GB + 128 GB, 6 GB + 128 GB, 12 GB + 256 GB storage variants and Night Black colors in India.

OnePlus Nord 2T
The OnePlus Nord 2T is the new version of Nord 2 with new features instilled. Design-wise, the Nord 2T has a premium touch and a respectable in-hand feel. MediaTek's Dimensity 1300 SoC debuts on the phone and keeps up with the Nord 2T's performance metrics for daily usage along with heavy-duty gaming processing. The camera is similar to the Nord 2 with 50 MP Sony IMX766 primary sensors, while the AMOLED panel upfront has an FHD+ resolution and a 90Hz refresh rate. The device has 80W charging speeds complimenting the 4,500mAh battery.

Users can also depend on this particular variant with its executive class display configuration, great cameras, and massive storage panel

iQOO Neo
If anyone is looking to buy a phone that can offer performance reliability, iQOO Neo 6 is the best product for them. The phone certainly has a stellar spec sheet, including a Qualcomm Snapdragon 870 chipset and an E4 AMOLED panel with a 120Hz refresh rate. The fast UFS 3.1 storage and LPDDR5 memory are catalysts to boost any kind of processing tasks lined up for the device. The phone's 64MP Samsung GW1P sensor handles primary photo-taking abilities easily, and the device has a 4,500mAh battery that can charge at 80W.

Xiaomi Mi 11X
Mi 11X is not just loaded with specs but also translates these specs on paper to real world performance extremely well. It comes with a flagship-grade processor, brilliant AMOLED display with a butter-smooth 120Hz refresh rate, and premium design. Mi 11X definitely separates itself from other offerings on this list by some margin. The phone has improved cameras as well as software.

Motorola Edge 30
The Moto Edge 30 is the thinnest and lightest 5G capable device available today in the market. Available for Rs. 22,290, the price makes the Moto Edge 30 a head turner. The phone is enabled with performance specs to back up its price tag thanks to the Qualcomm Snapdragon 778G+. Moreover, the device also has a 144Hz pOLED panel with excellent color accuracy, brightness levels, and HDR10+ certification. It works on one of the cleanest software skins with almost no bloatware. However, the phone does have a smaller 4,000mAh cell than most competing phones.

Vivo V23 5G
The Vivo V23 is recognized as a selfie-centered phone with two shooters up front. It has a primary 50MP camera that brings in the cleanest selfies we can get in the segment, while the 8MP ultra-wide is very useful for group selfies. However, the device includes a Dimensity 920 SoC with up to 12GB of RAM and 256GB of internal storage. The display is AMOLED with HDR10+ and a 90Hz refresh rate. The main cameras on the back consist of a 64MP triple-lens setup. Android 12 runs on the device, with a 4,200mAh battery with 44W charging support. The V23 is the slimmest phone in its price range.

Samsung Galaxy M53 5G
Samsung attracts buyers with its well-defined features. It has been instrumental with its M series to grab a firm foothold in the budget and mid-range market. With the M53 5G, the company's luminary move looks to get on even footing with other OEMs. The M53 is extremely thin while still harboring a 5,000mAh battery. The Super AMOLED display happens to be the best in the segment. The phone has a 108MP primary sensor and three other lenses for varied functionality. MediaTek's Dimensity 900 SoC runs things for performance needs on the device. Samsung Galaxy M53 5G is an innovative model ready for the 5G network. Users can also depend on this particular variant with its executive class display configuration, great cameras, and massive storage panel.