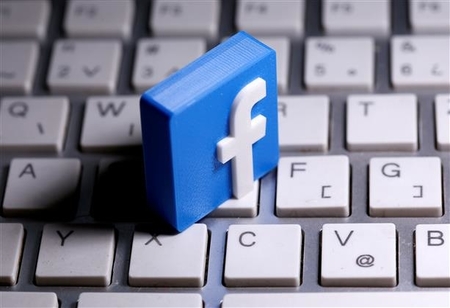 Imagine taking a roadtrip to a far place, but before reaching any destination, that traveller is often left to take a complex route after covering all the highways. As complicated as it gets when driving in that particular town or city to reach that planned destination, the entire journey from then on becomes much longer than the highways covered earlier and this is called the ‘last mile’. Likewise in the language of telecommunications and network often presents a serious problem in the overall network performance as its bandwidth can only support the data it can take to deliver to the customer.

The network may have fast-fibre optic cabling that enables a level above average to transfer data, but similar to a traveller in pursuit to reach his or her hotel, that data will have to hop, skip, jump on multiple connections before reaching its respective customer or vice versa.In most circumstances, these connections will have limited bandwidth riding on routers with lower throughputs, reducing overall data transfer speeds dramatically.

The time this data takes moving from one network to another results in poor performance which is why there were and still are times when that Anime being watched on Youtube or any website starts buffering or that movie which is on for downloading takes time. Since data cannot move faster than the speed of light, network engineers can only do minimal to boost speeds physically.

This is where social media giant Facebook enters the building, as it has commenced working on it's very first 24-pair transatlantic submarine cable system to connect Europe and the US with half petabits per second. Along the line, it has announced plans around its Terragraph technology which creates mmWave mesh to solve last-mile connectivity issues.

Will Facebook's Submarine and mmWave Mesh Dive Deep into the Internet?
Earlier this year, the social media giant already announced that its busy with its project called 2African Pearls undersea cable that is said to connect Africa to Asia and Europe spanning across 46 cities in 33 countries.

According to Karthik Yogeeswaran, Wireless Systems Engineer at Facebook, "the control algorithm needs to compensate by altering the speed of all the thrusters to keep the robot vertical while simultaneously preventing the wire from swaying”.

On that page, the social media giant has already built a predictive model that helps show the spots where these subsea cable routes can be built to ensure high network connectivity. It is said that each of these routes are carefully examined as it goes without saying how the sea has hazards like fishing and not to mention those undersea dynamites, volcanos to be precise.

Cynthia Perret, Facebook's Program Manager for Submarine Cables, explained that an undersea cable's capacity is generally restricted by the amount of electricity it can receive via booster boxes, which typically originates from onshore.

"We're looking into a sustainable solution that combines wave energy converters and solar panels.Though the technology is still being tested, the goal is to continuously generate up to 25 kilowatts of power to supply two subsea cables at various sites in the middle of the ocean”.

Facebook CTO Mike Schroepfer said that even floating power stations that sit in the middle of the ocean, capturing the power of the sun and waves and transferring it to the cables on the ocean floor were also created to give room for improving capacity.

The social media giant said that it’s even constructing over 150,000 km of subsea cables, as well as innovative technologies that will drastically improve the capacity and performance of those cables with its partners.

“Our work is planned to triple the amount of internet capacity reaching the continent”, assured Dan Rabinovitsj, Vice-President, Facebook Connectivity.

Uncertainty in Installing Fibres for Solving Last-Mile Connectivity
Meanwhile, Facebook's Terragraph technology aims to address the issue of last-mile connectivity, particularly in locations where installing fibre cable to each residence is not feasible. Take the Alaska Communications for example, as it’s using Terragraph in Alaska, where laying fibre is much more difficult due to the harsh environment.

Terragraph, according to Yael Maguire, VP of Engineering at Facebook, is like stretching fibre in the air, and it expands the capacity of existing fibre sites. Almost like that of a wireless multi-gigabit transmitter unit that may be put on street signs and lamp posts.

The Terragraph boxes serve as a mesh network, and Facebook claims to have built it in collaboration with a number of partners, including Qualcomm. The way Facebook looks at Terragraph is that it’s built to work in extreme weather, including rain, snow, wind, and heat. It can also endure temperatures of minus 20 degrees Celsius and plus 55 degrees Celsius. It's being marketed as a multipoint solution that can beam the network to numerous sites, even when modest obstacles exist, and assist develop dependable and high-speed connectivity for surrounding homes and businesses.

On another note, the social media giant wants to address the issue of laying fibre links more quickly and this it plans with faith on its Bombyx, a robot that runs along existing power lines and installs fibre optic wires right onto them, is the solution. As it says that Bombyx, has been built to resist line voltages ranging from 10,000 to 35,000 volts. Bombyx can assist in lowering the cost of fibre deployment. To assist the fibre survive the extreme temperatures of the power line, the business collaborated with leading plastics scientists to develop a unique jacket material for it.

To assist the fibre survive the extreme temperatures of the power line, it collaborated with leading plastics scientists to develop a unique jacket material for it.

We employed thruster fans, which are comparable to those used in drones, as our solution here. The control method for keeping the robot stable proved to be far more difficult than we had anticipated. Since the robot is suspended on a curve, the front and back of the vehicle face differing sway conditions, making this much more difficult. Each movement causes vibrations and shifts the robot's centre of gravity. According to Karthik Yogeeswaran, Wireless Systems Engineer at Facebook, "the control algorithm needs to compensate by altering the speed of all the thrusters to keep the robot vertical while simultaneously preventing the wire from swaying”.

The robot will use a 3D map of the world generated by an inbuilt stereo camera to navigate around obstacles. For the time being, Bombyx is still in the prototype stage, though Facebook is in talks with a few electric utility firms.