From a Proud Past to a Great Future, Let's Build Brand 'India' 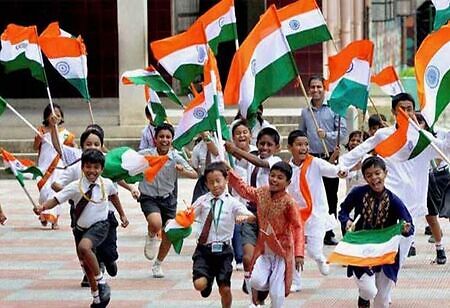 Brands are ubiquitous; a country creating a good brand for itself means great prosperity for its citizens and future. For every country developing its brand and increasing its reputation on a global scale remains vital in its pursuit of becoming a global superpower. If we take the example of the US, the country has always had its strong outfit and powerful persona, and they have been meticulous in keeping it intact while intervening in the geopolitical affairs in different parts of the world— right from the end of the Cold War to the killing of Osama bin Laden.

When it comes to the subcontinent, India is a developing country, but the problem is that we have been one for so long. Over the past 75 years, we have never been successful in creating that unique 'India' brand; alas, we haven't even wholeheartedly tried.

But in recent years, India has witnessed a magical turnaround of events—from the ‘Make in India’ program launched by our Prime Minister Narendra Modi, our emergence in the digital world, and the new approach visible in our foreign policy.

The result? Today India’s credibility is stronger than ever. The superannuated and obstructive frameworks of the past have been dismantled and replaced with transparent and user-friendly systems that are helping drive investment, foster innovation, develop skills, protect IP and build best-in-class manufacturing infrastructure. Not only that, after assuming office, the government launched NITI Aayog (National Institution for Transforming India) to serve the citizens of the country better. NITI Aayog's interventions include the plans and anticipations of the market changes, which lead to the consequences of market forces and larger global shifts. Our country is well on its way to becoming the world’s most powerful economy.


Now Google is taking a great step forward in building the 'India' brand by organizing an online program, ‘India Ki Udaan,’ to capture the milestones of India’s journey since we got independence. The new Google Arts and Culture collection, India Ki Udaan, translated as India takes flight, is themed on India's unwavering and undying spirit over the past 75 years. Google aims to merge the technologies with India's rich cultural heritage.

Google’s Online Program India Ki Udaan
The intention of the software giant’s ‘India Ki Udaan’ online program is the unwavering and undying spirit of India over these past 75 years. With the program organized as a part of the country’s 75th independence day celebrations, Google collaborates with the Ministry of Culture focused on reaching informative online content that showcases the contributions of Indians and the evolution of India since 1947 to support the government’s year-long Azadi Ka Amrit Mahotsav program.

The government has also initiated other programs to celebrate 'Azadi Ka Amrit Mahotsav,' including the Har Ghar Tiranga program. The state governments have taken up the initiative

The centerpiece of its celebrations is a new online collection, 'India Ki Udaan,' available on the Google Arts and Culture website. The theme intends to pay tribute to India’s rich cultural history and includes iconic moments from the last 75 years. The stories published in English and Hindi will help people explore more than 120 illustrations and 21 stories created by ten talented artists. In addition, there will be exhibitions from various institutions, including the Ministry of Tourism, the Museum of Art and Photography, the Heritage Directorate of the Indian Railways, the Indian Academy of Sciences, and the Dastkari Haat Samiti.

The theme initiates a unique view of India’s remarkable moments and allows people to discover some of the most memorable moments in India’s modern history, its iconic personalities, its proudest scientific and sporting achievements, and how women in India continue to inspire the world. The historical collections will be expanded with a unique blend of archives and artistry for people in India and across the globe.

Google has also organized a physical representation of the new digital collection with a kite-shaped digital screen, pictures with augmented reality experience, and other tech-driven experiences. The project uses the kite as an optimistic metaphor to describe India’s journey over the last 75 years. It will engage and educate the audience at home and those who are not from India but wish to learn about its story. Celebrating its 10th year in India, Google Arts and Culture has showcased the country’s rich culture in many ways. Working with more than 100 partners in India, it has brought the country’s cultural heritage to people all over the world.

Google already has a plan to organize the Doodle4Google contest 2022 and the aim of describing India's future in the next 25 years. The winner of this year’s Doodle4Google will see their artwork on the Google homepage in India on November 14 and win an Rs.5 lakh college scholarship, Rs.2 lakh technology package for their school, or non-profit organization, recognition of achievement, Google hardware, and fun Google collectibles. Four group winners and 15 finalists will also win exciting prizes. Google helps the culture ministry digitally map the boundaries, over 3,000 centrally protected monuments that help monitor the sites.

Har Ghar Tiranga Program
The government has also initiated other programs to celebrate 'Azadi Ka Amrit Mahotsav,' including the Har Ghar Tiranga program. The state governments have taken up the initiative. The Uttar Pradesh government has set a target of hoisting the Tricolor in around 4.5 crore households. The Uttar Pradesh Urban Development and Poverty Alleviation Department has assigned its senior officials to Tiranga Transit Tour. The senior district officials will organize the tour from August 11-14.