Here's What Apple Unleashed this Year 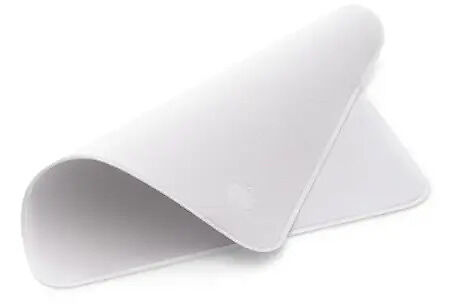 It costs $ 19 to carefully clean Apple’s products as the company has released its very own ‘polishing cloth’ for cleaning displays and this cloth has already slipped into a swirl of competition with other similar counterparts. There’s many more that Apple unveiled during its 'Unleashed' event but this year the company embarked on a new milestone with its very own power packed Mac processors.

The company made it clear that it will no longer bank on the globally renowned chipmaker Intel when it comes to chips, as here on out Apple will leverage on its own Mac processors. With the new Chipsets and gadgets, Apple is directly targeting Intel's high-end chips, which have been used in the MacBook Pro and other high-end Macs for the past 15 years.

Last year, Apple began transitioning its low-end Macs to its own M1 Apple Silicon chip. However, the new chips take a more bold approach this time, seeking to significantly surpass Intel's top-performing devices. With that said, here is the list of latest gadgets Apple brought to the table this year.

AirPods
The non-Pro AirPods are receiving a makeover, with a new appearance, spatial audio compatibility, the Pro line's force sensor' for managing music and calls, and increased sweat/water resistance. Apple claims that the battery life has been enhanced as well, with claimed run duration of six hours on a single charge up from five hours previously. They resemble the AirPods Pro in appearance, however they lack replaceable tips.

M1 Pro and M1 Max
When Apple unveiled its own outrageously fast chip, the M1, in 2020, it blew heads. They've now gone even farther, announcing not one, but two new M1 chips: the M1 Pro and M1 Max.
The M1 Pro has a CPU that is up to 70 percent quicker than the original M1, as well as a GPU that is 2x faster, 32GB of unified memory, and memory bandwidth of 200GB/s, according to Apple. The M1 Max, on the other hand, boosts the unified memory to 64GB. The M1 Pro and M1 Max both support up to ten CPU cores; the Pro supports up to 16 GPU cores, while the Max supports up to 32.

Macbook Pro
Apple unveiled a new generation of Macbook Pros to put those powerful chips to good use and, in a rare reversal, Apple is undoing some of the MacBook Pro's more contentious recent revisions. Apple claims to be decreasing the borders around the laptops, which are available in 14.2-inch and 16.2-inch sizes, and wrapping the top menu bar around the cameras rather than placing them below it. In both display sizes, the manufacturer has increased the number of pixels. There's also a new 120Hz refresh rate, which is the same as on Apple's latest iPhones. The laptop's refresh rate adapts based on what it's being used for, just like its phones. As a user is staring at a static image, it slows down to conserve battery life, but speeds up to reduce choppiness when the user scrolls.

The new models have a more modern, boxier look and do not have the Touch Bar, the divisive touch-screen strip that was introduced with the 2016 redesign. A circular fingerprint scanner and larger physical function buttons have replaced the Touch Bar. Aside from correcting the previous version's alteration, Apple is bringing back the HDMI port, an SD card slot, and MagSafe charging, all of which have been gone since they were removed five years ago.

"Made with soft, non-abrasive material, the Polishing Cloth safely and effectively cleans any Apple display, even nano-texture glass", describes Apple.

HomePod Mini
Apple didn't make any significant changes to the popular $99 HomePod Mini from last year, but it did provide colorful new aesthetic options. Apple incorporated bold and fun hues to its selection, much like it did with the revamped M1 iMacs earlier this year, delivering a pop of color and personality. Blue, yellow, and orange join space grey and white as new colors.

Apple is attempting to compete with Amazon's $4 per month single-device music service by introducing Apple Music Voice. This $5-per-month subscription program is exclusively for Siri. It's similar to Apple Music, but it's only available through Siri. To compete better with Amazon and Spotify, Apple also introduced hundreds of new mood and activity playlists.

Apple Music will launch a $5-a-month version of its subscription streaming music service in the fall, according to Apple. The tier will be called Voice and will only be accessible by voice commands via Siri, Apple's virtual assistant. The announcement was made at an Apple presentation that also included improvements to the company's Mac laptops.

Since Apple's upcoming Voice plan uses Siri as its single entry point, users on this tier will be able to listen to Apple Music exclusively through Apple's own devices. So, for anyone on the Voice plan, speakers and devices built by other businesses, such as any fancy Sonos speakers you have or any Android mobile phones won't be able to play Apple Music.

The Voice plan also excludes higher-quality sound formats such as lossless and spatial audio, as well as music videos and lyrics. Those aspects are reserved for subscribers to Apple Music's $10-a-month individual plan or its $15-a-month family plan. According to Apple, the new Voice tier of service will be available in 17 countries and regions later this fall.

Polishing Cloth
Along with the new MacBook Pro and 3rd-generation AirPods, Apple also unveiled what will undoubtedly be remembered as its best product to date: a $25 'Polishing Cloth' for cleaning its displays. The Polishing Cloth is compatible with practically all of Apple's display-based devices, including the expensive Pro Display XDR, the iPhone 13 series, the Apple Watch Series 7, and more. "Made with soft, non-abrasive material, the Polishing Cloth safely and effectively cleans any Apple display, even nano-texture glass", the cloth's description on Apple's website reads.

macOS Monterey
Apple has revealed that macOS Monterey, the next edition of its macOS software, is about to be released after many beta versions. Starting on October 25th, it will be available as an update. Other interesting elements of the program include SharePlay and Universal Control, which will allow Mac and iPad users to move files smoothly between devices, but these may not be available at launch. These capabilities will be available later this fall, according to Apple. In addition, Apple made considerable changes to Safari, its own web browser, for Monterey, but some of the changes have subsequently been toned down.