How are Regulations Looking for Big Techs this Year 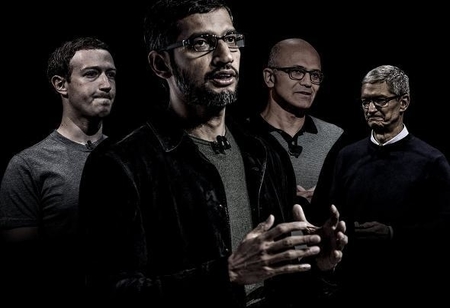 2022 has only begun and it’s already resonating with dozens of lawmakers stressing about the potential harmful impact of internet platforms such as Meta (formerly known as Facebook), Google’s Youtube and more on the list. The new year could be a pivotal one regarding tech policies. But being the most reason-capacity-abled beings, there are still many opinions on best ways to craft those laws including other pressing legislative priorities are the reason why many bills have not made much progress yet. Meanwhile, governmental agencies are likely to hammer down renewed regulations.

New legislations being considered in Europe, Asia, and the US could drastically regulate how giant internet companies treat small competitors, as well as artificial intelligence like face recognition. Some suggestions might outlaw popular activities like corporations boosting their items in search results, which could have an impact on operations, according to executives and analysts. increase.

Simultaneously, regulators around the world are conducting dozens of detective activities related to competition and privacy. Blocking transatlantic data flows, blocking some digital ads, postponing key product improvements, and mandating continual surveillance of activities are all on the table, according to regulators and executives.

How Antitrust is Looking for Big Techs
There's a lot going on in the antitrust world right now, and it might all come to a head in 2022. This includes legislation, as well as potential rules and enforcement proceedings by the Federal Trade Commission (FTC) and the Department of Justice's Antitrust Division.

"The likely Republican takeover next fall means 2022 is do or die for tech antitrust legislation," said Paul Gallant, managing director of Cowen's Washington Research Group. "That's the biggest risk for the companies in Washington. If they can manage to ward that off, we probably won't see it reemerge until 2025."

A set of antitrust laws aimed at the internet industry has already cleared a significant obstacle in the House, passing out of the Judiciary committee with bipartisan support. However, senators expressed qualms about the bills even then, and companion legislation in the Senate still needs to overcome that first obstacle.

Meanwhile, antitrust regulators are likely to push forward in 2022, with the FTC and the Department of Justice's Antitrust Division both appointing progressive leaders this year.

Twitter Inc. Sinead McSweeney, Global Vice President of Public Policy, said regulation “has a sense of new momentum,” and in recent weeks the company will need to implement new legal requirements in at least six countries. It states that there is. .. “It’s a whole new level.”

"The enforcement agencies will probably be taking the lead as Congress tries to sort out what is not possible," said Sarah Miller, executive director of the American Economic Liberties Project.

If that’s about antitrust, privacy, which has ever so been the concern of lawmakers surprisingly does not show much enthusiasm on it and here’s why.

Privacy
On the surface, lawmakers appear to be quite close on the fundamental concerns and express urgency about getting a law on the books, but they have appeared to be at a halt on sweeping privacy legislation for long.

The two main areas of dispute between Democrats and Republicans are whether a digital privacy measure should include private rights of action so that individuals may sue if their data rights are violated, and whether the federal bill should pre-empt state laws. Despite the fact that both parties have left room for compromise, the US will not have a digital privacy law in place by 2021.

Caitriona Fitzgerald, deputy director of the Electronic Privacy Information Center, which advocates for strong privacy laws, said the lack of action comes down to a "priority issue."

"We're seeing enough indications from agencies that it's a priority that I think it's definitely something that's on the Biden administration's mind and that hopefully next year it will be something they want to act on," she said.

However, the bars seem to be high on kids' legislation. Legislation to protect kids' well-being online is well-positioned to advance next year, in part due to the widespread outrage and concern members expressed following revelations about Facebook's impact on young users through internal research leaked by Haugen.

Well by the looks of it, the laws seem to have had minimal effect on Silicon Valley's profits and valuations thus far. That, however, is subject to change.

Mark Mahaney, Head of Internet Research, Research Division, Evercore Inc., noted that a new wave of scrutiny has already made it harder for corporations to invest in acquisitions' prospective growth. The UK's Competitive Markets Department ordered Facebook, a subsidiary of Meta Platforms Inc., to sell the animated image firm Giphy in November, claiming that the acquisition would reduce competition between the platform and UK advertisers. The fact that Facebook claims that the agreement would benefit customers is remarkable.

What’s to Come
Other adjustments are also being made by technology corporations. Due to prospective regulations, Meta said in November that it will shut down its facial recognition system.

Twitter Inc. Sinead McSweeney, Global Vice President of Public Policy, said regulation “has a sense of new momentum,” and in recent weeks the company will need to implement new legal requirements in at least six countries. It states that there is. .. “It’s a whole new level.”

Other changes are also being made by technology companies. Due to prospective regulations, Meta said in November that it will shut down its facial recognition system.

Those who favor more regulation are concerned that big tech companies will be unaffected by the latest wave of legislation.

Policymakers are optimistic that it will succeed. Cedric O, France's Deputy Secretary of State for Digital Affairs, who chairs the Council of EU Member States in the first half of this year, believes the EU can enact valid law and that it only needs to get going. He also says he'll travel to the US to fight for transnational legislation to protect children who use social media.

“I think there is a European and perhaps international consensus that Big Tech should influence and regulate the economy and democracy. There is a desire to act shared everywhere.”