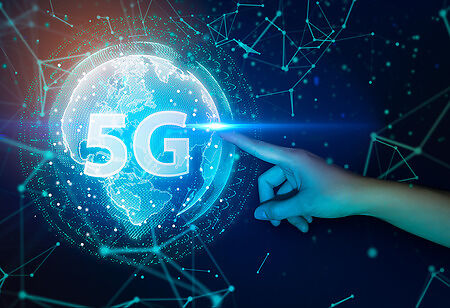 Not a Pan India Experience Yet! There again, that’s not the absolute case. For starters, 5G services will be made available to only a handful of cities across the country. These cities are said to be about 13 and they are Delhi, Gurugram, Bengaluru, Kolkata, Chandigarh, Jamnagar, Ahmedabad, Chennai, Hyderabad, Lucknow, Pune, and Gandhi Nagar. In fact, major telcos such as Bharti Airtel, Vodafone Idea (VI) and Jio have not just set up 5G trail sites in these cities but have also commenced upon trailing as well.

Why Jio Could Snap the Ribbons First
Rumours say that Jio might be the first one in the line to execute 5G operations in the country. This could be due to the fact that it was successful at achieving speeds of over 1GBPS during its trials with the next-generation wireless network technology. Mukesh Ambani is optimistic that the company will be the first to launch full-fledged services across the country. More power on that, he added that the company is not breaking sweat to make India ‘2G-mukt (free from 2G) but ‘5G-yukt’ (5G empowered) as well.

This strong flow of confidence could certainly come from the fact that the company’s engineers have developed a 100 percent homegrown and comprehensive 5G solution that is completely cloud native, software defined and digitally managed. Once these executions are proven successful, the company has plans of exporting these solutions to other telcos around the world.

In September 2021, all three operators — Reliance Jio, Airtel, and Vodafone Idea have sought a one year extension till November 2022 for conducting 5G trials citing the lack of readiness of ecosystem partners

Its other plans include building an end-to-end 5G ecosystem to develop full-range 5G-capable devices and it’s already working with global partners to make that into a reality. Next, it plans on creating ‘compelling applications’ for consumers as well as enterprises from healthcare, education, entertainment, retail and others.

But Who or What’s the Power-Up Behind it
For the power-up of its solutions, the company is counting on Google Cloud’s technologies that will cater to the requirements of its businesses such as Reliance Retail, JioMart, JioSaavn and JioHealth along the process. On that account, the company is shifting its core retail businesses to the latter’s infrastructure to allow it to use Google AI, machine learning, e-commerce and demand forecasting offerings.

Google Cloud is providing an end-to-end cloud offering to ensure the complete automation of lifecycle management of Jio’s 5G network and services. To top it off, both firms are setting up a portfolio of 5G edge computing solutions to help address real business challenges for industries.

That’s not all, as there are a whole bunch of plans from where that came from and Jio is already with other tech giants.

More Plans, More Collaborations
First off is the partnership with Meta, formerly known as Facebook, Jio has already set up its first serve of integrations Meta powered WhatsApp and the latter’s, JioMart, with the launch of its trial basis that received positive customer feedback.

“Our joint teams are actively developing the full new commerce solution linking merchants and consumers, and we plan to progressively launch these over the next few quarters”, Ambani said.

But right now, Jio is busy accumulating a set of pilot customers hoping to widen the spectrum of its data center capacity including offerings to budding MSMEs (Micro, Small and Medium Enterprises) and startups for the upcoming quarters.

Wait a minute! Back in 2018, Airtel conducted India’s first 5G trial with Huawei in Gurgaon, but little is known as to what this telco plans on accomplishing with the wireless network technology.

What is Airtel Thinking?
Airtel’s network is 5G ready and has successfully demonstrated and orchestrated the technology’s service over a commercial network in the Hyderabad city. It’s important to note that the telco did this using its existing liberalized spectrum in the 1800 MHz mid spectrum band through the NSA (non stand alone) network technology. With the success of this mission it is only natural to expect whether users with a 5G handset can use the 5G network in Hyderabad. Its CEO Gopal Vittal did show the green signal implying that it’s theoretically possible, but on the condition that the network would be made available to the public with the government’s stamp of approval and availability of spectrum.

However, the telco did say that users can switch on 5G through simple software upgrades with existing network infrastructure excluding virtual changes in radio assets and antennas without major increase in operational costs.

Lastly, when it conducted India first 5G trial on the 700 MHz in standalone mode with Nokia in Kolkata, it observed that the deployment is helping communication service providers across the world to cost-effectively deliver mobile broadband in remote areas.

Airtel has launched the '5Gforbusiness' program, which aims to show off 5G solutions to businesses. Airtel announced that it has partnered with a number of technology firms, including Cisco, AWS, Ericsson, Nokia, Tata Consultancy Services, and Accenture, to implement and test 5G solutions for clients like Apollo Hospitals, Flipkart, and a number of others.

Airtel has also made a major push into data centers, with plans to invest Rs.5000 crores in the sector by 2025 and increase its data centre capacity. For its other future plans, Airtel hopes to give a world-class 5G experience to its customers with its yet to be acquired 3.5 GHz.

Since 5G spectrum auctions are slated for April-May this, the telco is preparing by undertaking consultations with regard to the auctions.

Vi is Ready when the Government is
As soon as the spectrum is made available through auction, Vodafone Idea plans to launch 5G in India. The company's 4G network has been upgraded with 5G architecture and other technologies such as dynamic spectrum refarming (DSR) and MIMO. Additionally, the telco has proposed 5G testing with a number of companies, including Huawei and Ericsson.

As part of its current 5G trials on government-allocated 5G spectrum, Vi will test 5G-based solutions on aerial traffic control and motion capture systems. Vi has partnered with startups such as Vizzbee Robotics Solution and Tweek Labs, to use the 5G Network to test Unmanned Aerial Traffic Management (UTM) and the Management Server (Aerobridge) to validate solutions like streaming live video frames from the UAV over the network, demonstrating the public safety and law enforcement application for ground personnel, and performing real-time analytics from data captured through drones, among others.

Vi's collaboration with Tweek Labs will test a full-body motion capture suit utilizing 5G technology, which might be a useful tool for sports training as it allows athletes to track their performance.

BSNL
Where should one even start with this one. The 5G plans of state-owned telco BSNL are currently unknown. The telco did announce in 2019 that it would build a new 5G corridor in Delhi, but no further information has been released since then. Also, at a time when telco is battling for coming out with 4G, BSNL’s 5G NSA could land before the end of 2022.

In September 2021, all three operators — Reliance Jio, Airtel, and Vodafone Idea have sought a one year extension till November 2022 for conducting 5G trials citing the lack of readiness of ecosystem partners.