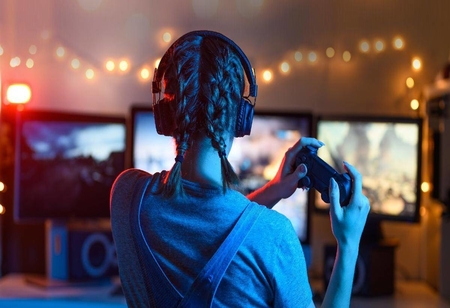 India’s gaming industry is expected to win a value of $ 3.9 billion by 2025 with 40 percent of hardcore gamers spending their cash on games and that summing up to about $ 230 per month, says a report named 'Building up the e-gaming ecosystem of India and the influence of smartphone' Internet and Mobile Association of India (IMAI). Also the pandemic brought most gamers to get gaming including new gamers with mobile apps being downloaded at 50 percent and user engagement being 20 percent. Moreover, games such as ‘Among Us’, ‘BGMI’ (BattleGrounds Mobile India) among others ended up uniting even the non-gamers to come together virtually for a game or two.

Such games kept the world engaged among other activities like brewing the ‘Dalgona Coffee’, ‘Gardening’, ‘Exercising’ and the like as ways of learning to embrace the abrupt isolation norm enforced by the infamous coronavirus.

As many began to invest their time in their favorite games, there are currently about 430 million mobile gamers with this number having the tendency to reach up to 650 million by 2025. That mobile gaming is dominating the industry, by contributing more than 90 percent to $ 1.6 billion with a growth expectancy of reaching $ 3.9 in value. This contribution is not only going to the Indian economy but to many eyewear manufacturers, as there’s no telling the amount of people who will be spending their cash buying spectacles to protect or need ones as their eyesight mellows down.

Part of the reason why mobiles are the most sought-after sources or mediums for gaming is that not only are they innovated in a manner that can support high-end games but are affordable compared to the prices that Play Station, PC, tablet, virtual and other devices are sold at.

On the bright side, the more the gaming industry grows, as will the job opportunities in the industry, with many young minds being given a chance to breathe life to their imaginations. To the point that it might end up challenging technological developers to enhance the level of supporting such creativity in better ways for the gamer to have a joyful experience. Since not every smartphone can support every game. At this point, gaming legends out there ought to be a bonus to smartphone manufacturers due to their purchasing of the device to spending bucks on the games they craze about. Viola! They pose immense monetization opportunities from smartphone manufacturers, game developers to pooling investors into those gaming start-ups that have their gamers hooked on their platform.

In fact, the Sensor Tower data indicates that the country is already the world's largest mobile gaming market in terms of app downloads, accounting for up to 12 percent of global totals.

To achieve long-term growth, however, a combination of policy and capability development is required. The regulatory uncertainties around the definition of skill games, gambling, and data protection, as well as the taxation of gaming enterprises, must be resolved.

Why? At this very moment the gamers in Karnataka state who are betting their buck on gambling games and similar ones are now met with an unfortunate turn of events. That is, they can no longer indulge in online gambling games here on.

Now Gamble at the Cost of Rs.1 Lakh and Imprisonment
The Karnataka government enacted legislation prohibiting internet betting games, which was followed by revisions to the Karnataka Police Act 1963. This entailed a minimum of three years behind bars and a fine of up to Rs.1 lakh.

Ficci, on the other hand, urged the state government to alter the statute prohibiting other types of online gaming for monetary stakes, claiming that the prohibition on games of skill could be unconstitutional and harm a significant portion of the state's revenue.

The rule makes it illegal to play 'games of chance' on the internet. "All forms of wagering or betting, including tokens valued in terms of money paid before or after issue, or electronic means and virtual currency, electronic transfer of funds in connection with any game of chance, but not a lottery or wagering or betting on horse races run on any racecourse within or outside the US", according to the definition.

If the bill makes it illegal to play online skill games, law-abiding Indian enterprises will exit the industry, and gamers will turn to unsafe offshore and betting apps. Since self-regulated or authorized players would be inactive, users would have no method of distinguishing between genuine and non-legitimate operators.

"We hope that, in light of Supreme Court precedent, the government will rethink the law and issue a final notification after taking into account stakeholder suggestions and concerns, as well as the public”, says the chamber.

The Karnataka government's decision is also considered as a setback for the state's reputation as a digital hub and start-up capital.

"We believe that, in addition to being unconstitutional, prohibiting skill games will result in a significant loss of money, jobs, and opportunities for players to improve their skills”, adds the chamber.

Amazon's Positive on Video Games Growth in the Entertainment Category
During a technology conference, Amazon's CEO, Andy Jassy, spoke words of faith by saying that gaming might become the main entertainment category in the long run, especially when the e-commerce behemoth has been putting in a lot of effort for a long time and is now embracing a hit release.

According to Jassy, it's off to a great start, with a couple million daily active players. On the aggregate website Metacritic, the first four online reviews were mostly good, with an average score of 81 percent. Interest from gamers and viewers on Amazon's live streaming website Twitch has remained consistent recently.

Despite the early signs of success, experts caution that "it is far too early to label it a success”. However, "It's not a disaster," says David Cole, an analyst at DFC Intelligence who studies the video game sector, and that It's not what we think of as a huge game, in the sense that I doubt you'd be paying attention to it if it weren't for Amazon”.

Back to India, OnePlus India's Navnit Nakra, Vice President, Chief Strategy Officer, and Head of India Sales, said the e-gaming industry in India has grown tremendously in recent years, owing to rising avenues for digitization promoted by the government's flagship initiative, 'Digital India,' and improved accessibility centered on innovation and affordability by OEMs.