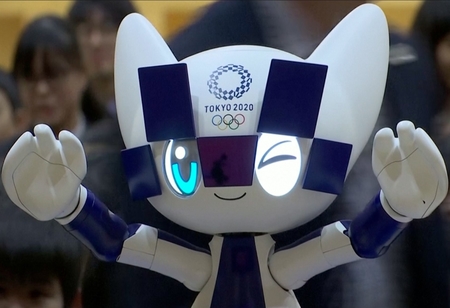 Watch, ask, and even play, as the Tokyo Olympics have finally flagged off this season presenting innovative ways created by Google to witness the events. But it doesn’t pertain to merely watching them, as Google brings vibrant ways for fans to get a unique taste from each.

The Tokyo Olympics had for long been battling the coronavirus to host its events, but were unfortunately forced to push the snooze button, considering the safety of everyone associated with the games. However, it has bounced back to the field and this time its aced up its games
, especially with viewing options, for Google has got its back for that one.

Although this teaming up happened two summers ago, but only this year even Google was able to showcase its vibrant abilities for fans to witness the events from any part of the world from the convenience of their home. For that matter, Google has refurbished the entire watching aspect into different options. Hence, the tech giant promises more of an experience, rather than just simply watching the events.

These features or options has everyone covered, as there are distinctly six ways the tech giant has formulated for fans to enjoy the events as per their preference. Surprisingly, there’s one especially for all the gamers, and anime fans who can even play a Tokyo Olympics inspired game as well.

On the other hand, the tech giant also had a swing at using its own services such as Google Translate, Maps, and Search to pitch both a visitor and fan experience at both sporting events.

This also enabled for those running business in Japan to communicate with a diverse range of customers. It also meant that Fans can watch the event in real time, as well as all of the sports at the Summer Events, even if they are unable to attend the games.

However, fast forwarding to the present, fans can tell how the tech giant has truly proven what its capable of, like most of time, by an array of features capable of giving more than just a watching experience. With that said, here’s to the six ways fans can enjoy the games this year.

Livestream on YouTube and Google TV
Fans can watch the Games live from YouTube TV backed NBC networks, including NBC, The Olympics Channel, Golf Channel, Telemundo, Universo, and others. Additionally, fans to YouTube TV's 4K Plus add-on will be able to watch 4K Olympics coverage on the Olympic Channel and Golf Channel.

Fan possessing Google TV can switch to 'For You' tab and access the Olympics page to hunt apps from official broadcasters, tune in to live streams and catch up on missed events, or be inspired by great sports movies, shows, and videos from Japan and other countries.

Visit Japan at Home with Street View, Google Arts & Culture and Translate
Fans can strut around Tokyo streets, Mt.Fuji, stop for ramen through Google Street View on Maps. Google Arts and Culture will also allow fans to view traditional Japanese crafts and delectable cuisine. But for those still or yet to learn Japanese, fear not, as Google Translate has got that covered as well. Overall, the tech giant, when it promised that it will bring an entire new experience, it certainly hit the nail with this one, or rather Mochitsuki, as one would say while in Japan.

Join Lucky on the Doodle Champion Island Games
Shout out to all the anime fans, gamers or anyone who shares an interest to playing games and sports in general, for Google has indeed hit the shots with this one. For, the tech giant has introduced an interactive doodle right on its search logo on the official set sailing of the Tokyo Olympics. The doodle presents a calico ninja cat named Lucky, whom users can use to play the game can join the Blue, Red, Yellow, or Green teams as Lucky the Calico Ninja Cat, which are represented by Ushi (a cow), Karasu (a crow), Inari (a fox), or Kappa (a Japanese turtle-like water spirit). The seven mini-games are divided into numerous new and returning summer Olympic disciplines, such as skateboarding, table tennis, and climbing, each having its own 'Legendary Champion' from Japanese folklore and history to battle.

The innovative Doodle was created in collaboration with STUDIO 4°C, a Tokyo-based animation studio. Lucky travels from afar to join the Games in order to obtain the seven scrolls, as shown in the introductory 53-second video.

Have no Fear for Google Assistant is Here
Throughout the event, Google Assistant will be the guide to answer queries about the events. Fans can ask Assistant inquiries like, "Hey Google, who won women's basketball at the Olympics?" or "Hey Google, how many Olympic medals does France have?" Fans can also request fun tidbits about the tournament from the voice assistant. Any Assistant-enabled device, such as phone, speaker, or television, will be able to use these functions.

An App for Every Olympic Associated Need
The official Olympics app, as well as apps connected to broadcasters, news organizations, social media, sports and games, and fitness, will be available on the Google Play Store.

Country Rankins and Others Stationed on Google Search
Fans can search for anything related to the Olympics, to get the most up-to-date information of their favorite events, sports, and players, as well as country rankings. Even if fans can't watch the games live, they may watch daily recap videos and keep up with all the latest Olympic news.