India's New E-Commerce Rules is Swarmed with Differences of Opinions 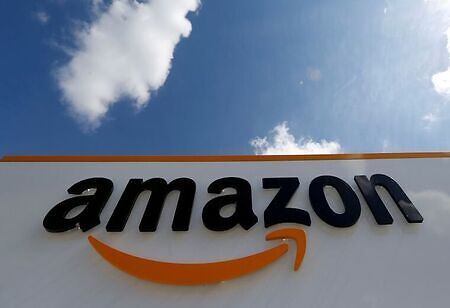 Voices of dissent and displeasure come gushing as India plans to raise the bar on its new draft e-commerce rules. All this while, US e-commerce giants from Amazon to Flipkart including national firms such as Reliance Industries and the Tata Group were stirring uproar. Of Late, even the country’s government, particularly the Finance Ministry is also joining that round by terming some of these rules as 'excessive' and 'without economic rationality'.

Although the finance ministry has proposed a dozen of these objections, yet it still remains a mystery as to how those objections will be induced in the new draft rules. In light of the weight of concerns the finance ministry has been drumming about, individuals such as Suhaan Mukerji, managing partner at India's PLR Chambers, says that the ministry would likely influence a change of thought in those rules.

Furthermore, the finance ministry’s Department of Economic Affairs are warning that these rules are ‘excessive’ and could have the opposite impact in a sector that promises more job opportunities and tax revenue.

Joining in on the finance ministry’s objections is the country’s federal think tank NITI Aayog, equally stating that the new rules go far beyond their aim of protecting consumers while lacking regulatory clarity.

New Rules Could Beckon an Uncertainty in MSMEs
NITI Aayog's vice chairman, Rajiv Kumar, wrote to Piyush Goyal, the minister for commerce and consumer affairs, expressing his concerns about the guidelines, stating that they could harm the MSMEs.

"Moreover, they transmit the sense that our policymaking is unpredictable and inconsistent," Kumar added.

Its secretary, Leena Nandan, told earlier this month that stakeholders had given broad and varied viewpoints on the proposed new guidelines, but the date of implementation still remains undecided. The finance ministry's and NITI Aayog's views are consistent with sector operators' and even the US government's concerns.

The finance ministry has taken a considerably tougher position on the measures, filing 12 objections in total. One of them, it added, would be a major dampener and require companies to reassess their underlying business models if it made online shopping portals accountable for their sellers' mistakes.

However, the center then shot back at the US e-commerce giants and domestic firms saying how other countries have more firm rules compared to India.

Center Shoots Back Saying that Other Countries Rules Being More Stricter than India's
Before expressing concerns about the restrictions in India, the Centre has advised e-commerce behemoths Flipkart and Amazon, as well as other local and foreign enterprises, to look at the jurisdictions of other nations and how tough their governments are.

Anupam Mishra, the ministry's joint secretary, retorted back at e-commerce giants both national and international, that other countries' governments are more demanding when it comes to the rules that apply to their jurisdictions. He says that companies should look at those before complaining about the rules in India.

However, these new rules limit flash sales, prohibit misleading advertisements, and require a complaints system, among other proposals. This sends an utter distaste upon Amazon and Flipkart fearing that they might have to redesign their entire business models. As for the inborn firms like Reliance Industries’ JioMart, BigBasket and Snapdeal, this could mean raising costs.

All these are the reason why US e-commerce giants as well as the domestic firms are in disagreement with the new rules as they fear and have warned the government officials that these rules will negatively impact their businesses.

Amazon and Tata Group Respond with Concerns Over their Businesses
Amazon.com Inc. and India's Tata Group cautioned government authorities that proposed stricter laws for online retailers would have a significant impact on their business models.

According to the proposed guideline, e-commerce companies must verify that none of their affiliated businesses are featured as merchants on their platforms. Since Amazon owns an indirect ownership in at least two of its sellers, Cloudtail and Appario, this could have an impact on Amazon.

Tata Sons, the parent company for India's $100 billion Tata Group, felt that the proposed clause was problematic, providing an example in which it would prevent Starbucks, which has a joint venture with Tata in India, from selling its products on Tata's marketplace website.

The guidelines might have far-reaching implications for the company and may limit sales of its private brands. Reliance says that the rules may increase consumer confidence, but several clauses need to be clarified.

Resistance from Multiple Ministries of India
The proposals have been faced with opposition from a number of ministries. The corporate affairs ministry objected to one proposed clause to be incorporated in new laws, which states that e-commerce companies should not misuse their dominant position in India, in a memo dated July 22. The provision was unnecessary and superfluous, according to the government, and the topic should be addressed by India's antitrust authority.

The finance ministry has taken a considerably tougher position on the measures, filing 12 objections in total. One of them, it added, would be a major dampener and require companies to reassess their underlying business models if it made online shopping portals accountable for their sellers' mistakes.

It also expressed opposition to the prohibition on flash sales, which provide steep discounts on websites such as Amazon and are popular during the holiday season.

For its rising internet user base and favorable market conditions, India has a lot of promise in the e-commerce sector. According to the Statista Research Department, the market value of India's e-commerce firms was over $50 billion in 2018, and this figure is expected to reach $200 billion by 2027.

Digitizing the economy and providing low-cost internet to the people are only two of the many reasons that have contributed to India's strong digital sales growth.

The e-commerce industry in India is fiercely competitive. Many local and foreign enterprises are competing for the market's lion's share. With over $ 500 million in sales as of April 2017, Amazon India was the country's most popular online marketplace. Flipkart and Myntra were the most dominant companies in the local market.