New & Effective Ways for Organizations to Reboot Their Business 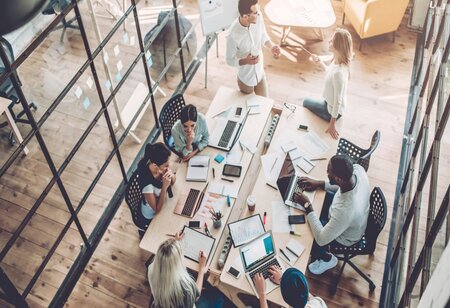 The world is changing at a faster pace, and remaining in sync with the changing times, business leaders are always in search of innovative ways to reinvent their business dynamics. Barely two years ago, when COVID was a distant phenomenon, most companies were busy scheduling their long-term business strategies, setting determined growth targets, maneuvering their value chains, and adding new products to their portfolios. After an unpredicted calamity in the form of Covid-19 brought the entire world to a standstill, refabricating businesses is no longer an option that the new-age leaders can choose to ignore. Restarting business after Covid-19 has become obligatory because there lays a prominent difference between the business strategies adopted before the pandemic, during the pandemic, and after the pandemic. After the market started returning to its original form, the upcoming recession and economic crisis became the talk of the town compelling the businesses to currently look for effective ways to reboot their business.

Remote Working is the New Norm
Post-pandemic, we can envisage a tremendous shift in the mindset of people. Although physical distancing was forced upon humanity during the Covid period that compelled the world to remain connected electronically, the need to stay relevant became fairly important. As this led to a major transformation, where the concept of digitization became the new reality, Organizations have been seen preparing for the new normal by altering their basic organizational pyramids, structure as well as operation. While the notion of ‘work from home’ has become the new normal, organizations have conceived efficient policies to make distant working and remote client servicing an absolute truth. Realizing the gravity of the situation where adopting the change was indeed inevitable, many small, medium, and large organizations have quickly reconstructed their working models as well as the mode of operating, and it worked magnificently for them. Updating the business processes to have a transformed business model which favors remote or hybrid working culture is certainly the need of the hour.

Accepting the Technology Shift
Now, it is quite evident that many organizations have perceived opportunities and are renovating themselves to have a firm grasp over the post-covid market. As Electronic gadgets have started ruling our lives predominantly, companies are forced to remain aligned with a lot of technology shifts, and employees have had to evolve along with them. As per one recent report, the print industry has been one of the most affected industries since the technological boom as numerous newspapers and magazines have either vanished from the market or have turned digital. National Geographic can be a valid example of such a scenario because even though it has embraced technology, its magazine is still available in the printed media, and the brand has millions of loyal followers for both its account as well as its photographers’ accounts across the social media platforms such as Instagram, Twitter, and Facebook. Instead of remaining confined to its print ways, which would have killed its business, National Geographic followed its customers to various online portals and boasts a whopping 65 million followers across its various social media platforms.

Companies need to absorb all clues thrown by their customers time and again. To sustain in this competitive world, the mantra they should remain abided by is – “Give the customers what they want.”

Enhancing Customer Engagement
To strengthen the relationship with customers and survive the competitive market, organizations need to keep interacting with their stakeholders and customers through numerous channels. Not only for businesses, but the current environment is unsettling for customers as it is for businesses. So irrespective of the size of their businesses, customer interaction is the obligation that organizations endure. For small and mid-size enterprises, it is advisable to connect with customers either through the organization's website, direct letters, or social media channels to proactively address their concerns.

Let’s take the example of Netflix here. As a premium and foremost platform that completely reinvented the concept of television consumption, Netflix compelled or, in other sense, acted as a catalyst to drive the audiences to shift towards over-the-top (OTT) television. Now, this also paved the way for many other OTT platforms, as OTT platforms enabled people to watch whatever, whenever, and wherever. It was not a smooth journey for Netflix either. While its original business model was subscription-based, where people could rent as many movies as they wanted and trade those in for new ones after mailing these back, Netflix also incorporated streaming video, which changed the game forever. But, in 2011, when Netflix decided to disintegrate its DVD renting business to another platform Qwikster, people were put off, as the prices were quite high. After realizing its mistake, Netflix reverted to providing both digitally streaming videos and DVD-by-mail under one roof.

Similarly, the American multinational pizza restaurant chain Domino’s considered their core competence to be around fast delivery as they started the trend - pizza in 30 minutes or less. If they deferred the delivery, the pizza would be given for free to the customers. And while the focus of Domino’s was completely on delivery, it was quite evident that they were less concerned about taste or quality. But as customers started condemning its pizza quality, leading to fewer orders and tremendous financial repercussions, Domino’s realized the gravity of the issue and took prompt action. Not only it took the full responsibility for its actions, but it made an enormous announcement publically, stating, ‘We hear you, but our pizzas also suck, and we promise to improve them.’ To improve their pizza quality, Domino’s rolled out its new campaign with a new recipe, and sales hit the roof instantly.

Companies need to absorb all clues thrown by their customers time and again. To sustain in this competitive world, the mantra they should remain abided by is – “Give the customers what they want.”

Start Targeting the Unexplored Markets
Though it is quite common for corporate conglomerates and MNCs to start a dedicated wing in a completely different vertical around which the enterprise hadn’t been functioning earlier, small and medium-size businesses can also adopt the same ideology to explore the nuances of unmapped domains. After finding a market that has not been ventured into lately, discover the needs of that market and then determine how to best satisfy those needs. A small or medium-size business can retain its core target market while escalating its expansion plans into novel market verticals, creating a unique market niche and reaping great opportunities. Rather than simply trying to keep up with the market competition, businesses can develop their unique market and branding because the distinctiveness of these businesses will act as USP for them and enable them to stand out amongst their competitors.

If a business lingers on doing what it has always done in the past, it will probably continue to get the same results or even less because the market is prone to change, and so are the preferences of the customers. So, to reinvent their business dynamics and retain their position in the market, the businesses should be innovative and ready to adapt to changes. They need to take the risk of doing experiments and keep trying something different until they succeed. In today’s world, consistency kills, and being innovative takes you to better places; therefore, the future of your business just might be reinvention.