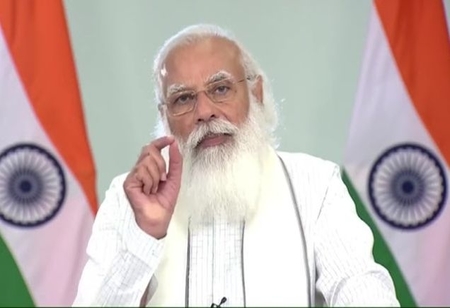 If it weren’t for already existing digital payment methods, mankind would be nowhere close to how its surviving corona virus’ outbreak today. PhonePe, Swiggy, Big Basket, and similar others have helped prevent the whole virus situation from going haywire. In that light, Digital India initiative has further helped citizens to receive every ounce of government support electronically.

This digital empowering initiative has seeped its influence in every life by exercising its power in every sector. Thanks to that, every Indian citizen has digitally authenticated Aadhaar identification number. But that’s not all, it has helped track and monitor COVID hotspots through its National Informatics Centre based Arogya Setu app, which embraces a download record of beyond 127 million.

It does not stop at that, the initiative has contributed immensely that it has earned the appreciation from the President of India stating, “India was not only prepared to mitigate the negative effects of movement limitations, but it also took advantage of the crisis to advance in a number of areas. Only since the digital infrastructure has been strengthened in recent years has this been possible”.

According to the PM, "digital India means ‘opportunity for all’, ‘facilities for all’, and ‘participation for all’. It also entails a transparent, nondiscriminatory system as well as an anti-corruption campaign.

JAM and Other Powerful Infrastructures Fending COVID in their Own Style
Its robust interconnection with the mobile-linked Aadhaar scheme has enabled quick money transfers into beneficiaries' bank accounts without pilferage or corruption. The JAM trinity has given the DBT program a boost and increased its coverage from partial to universal. Aadhaar has enabled legitimate databases, whereas Jan-Dhan has provided everyone with a bank account. JAM has helped to reduce avenues of corruption, irregularities, wrongdoings, and pilferages by reducing the need for middlemen or conduits.

Arogya Setu
The app stands true to its worth for having tracked 650 hotspots across the country and has notified about 300 emerging hotspots. With CoWin joining its club, a new vaccination status feature now helps display vaccination status of the user.

e-NAM
The National Agriculture Market (NAM) is a pan-India electronic trading system that aims to connect the existing APMC and other market yards to create a unified national market for agricultural commodities. NAM will establish a countrywide network of physical mandis that will be accessible over the internet. Its objective is to use an internet trade portal to take advantage of the mandis' physical infrastructure, allowing buyers from all over the country to join in local commerce. It’s said to regulate marketplaces, kisan mandis, warehouses, and private markets that allows for transparent sale transactions and price discovery. Another feature translates to harmonization of agricultural product quality standards and provision of assaying (quality testing) infrastructure in each market to allow purchasers to make informed bids.

e-Sanjeevani
The Union government's ambitious online health consultation program e-Sanjeevani, has completed more than nine lakh digital health consultations by 2020. This Indian Telemedicine platform addresses rural and isolated patients through a variety of specialty facilities. Its goal is to enable healthcare systems to increase the quality of medical services while also addressing unequal distribution, scarce infrastructures, and human resources by bridging the digital divide between urban and rural areas, as well as between the wealthy and the economically backward.

MyGov
During Lockdown came the huge unfortunate issue of immigration, and there were numerous concerns about shelter homes and food centers for the impoverished and homeless in the city. MyGov worked with Google Maps and Map My India to map the locations of Shelters and Feeding Homes in over 750 cities, making them easier to find. As part of MyGov Samvaad, it assisted in the conversion of COVID-19 updates into Audio Podcasts. These podcasts were also sent to over 200 community radio stations, which translated the content and helped spread the word about COVID-19. Furthermore, it helped manage anxiety and tension, particularly among those affected by the Lockdown. As a result, a project called Positive Harmonies was started, in which well-known musicians from across the country created special numbers for MyGov along with messages to aid in the crisis management.

DIKSHA App
Available as an app and a website, provides textbooks for students from various boards and languages, as well as teacher training modules on topics such as mental health and inclusive classrooms. Anyone can use it for free but registering on the site allows users to keep track of their progress. Since the Covid-19 lockdown began in March, the platform has received a lot of attention, according to government officials. Teachers and administrators at a number of private and public schools said the app enables them to provide holistic courses that go beyond textbook knowledge.

NREGAsoft
It aims to roll out e-Government across the state, district, and three levels of Panchayati Raj institutions. It uses information technology as a facilitator to empower the average man. It complies with the Right to Information Act by providing information to citizens (RTI Act). It helped reverse migration in type-I areas which helped prevent labor shortages and a move to less labor-intensive agricultural methods. On the other hand, MGNREGA has been showing considerable influence on rural wages and livelihoods in type-IV areas during the initial stages of the outbreak.

PMGDISHA
A program that aims to digitally educate six million people in rural areas throughout States and UTs, accounting for around 40 percent of rural households. It attempts to close the digital divide in rural areas, focusing on marginalized groups like as Scheduled Castes (SC) and Scheduled Tribes (ST), Minorities, People Below the Poverty Line (BPL), women, and differently-abled people and minorities. 3.62 crore people enrolled in 2020, and 263319 training centers were established.

Cyber Swachhta Kendra
A major initiative by the Indian government to support international efforts to combat botnets and in reducing cyber-attacks. Being a non-profit scheme it aims to provide free tools for detection and removal of malicious programs.

From students to farmers, various beneficiaries shared their experiences about how adopting digital methods made their lives easier during the sixth anniversary of Digital India. “Following the principles of 'Minimum Government, Maximum Governance,' the necessity of the hour is to bridge the gap between the system and facilities, service and service between the government and the public," Prime Minister Narendra Modi said during his interaction with the beneficiaries

According to the PM, "digital India means ‘opportunity for all’, ‘facilities for all’, and ‘participation for all’. It also entails a transparent, nondiscriminatory system as well as an anti-corruption campaign.