Shiv Nadar: Protagonist in the Growth Story of HCL Technologies 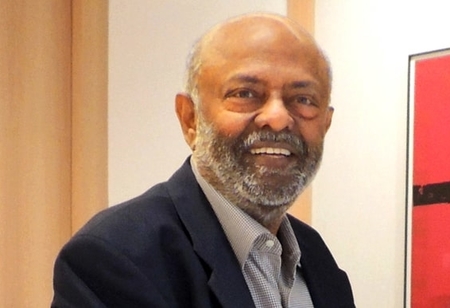 What started in a garage developing calculators and microprocessors, is the third largest software service provider in India. It’s also globally recognized as a well reputed IT giant with a revenue of $ 9.9 billion and that company goes by the name, HCL Technologies. To shake things up, the IT giant was then made to partner with AT&T, Boeing among others, aiding its growth. If that didn’t speak volumes, schools, colleges and other educational institutions were built to nurture the economically backward and deserving children of India with quality education. Standing at the helm of such developments is one of India’s most influential billionaire industrialists and philanthropists, Mr.Shiv Nadar.

Today, the billionaire industrialist and philanthropist has moved on from his role as MD of HCL Technologies to the role of Chairman Emeritus and Strategic Advisor to the company's board. He descended from his role as Chairperson, and elevated his daughter into the role, who happens to be the first woman to head an Indian listed IT company.

It was under his keen eye that HCL Technologies was not only able to level up but is also able to compete with other major tech companies worldwide. For the same, his companies have fondly nicknamed him as ‘Magus’, an old Persian term for Wizard. His ever-lively effort and contributions inspires many and this is the story of Mr.Shiv Nadar, the man behind the growth of HCL Technologies and other similar key developments in India.

By 1983, HCL had not only built its own 16-bit microprocessors, but also a database management system and, the following year, a client-server architecture

From Calculators to India's Third Largest Software Service Provider
Mr.Nadar began his entrepreneurial career at Cooper Engineering of the Walchand group in Pune in 1967, but his inner business instincts kicked in and nudged him to start his own business. Along with six of his colleagues at DCM Limited is what led to the formation of Microcomp Limited, a company that sold tele-digital calculators under the brand name ‘Televista’. In August 1976, Microcomp was renamed Hindustan Computers Limited (HCL), and it was founded on land donated by the Uttar Pradesh state government and a starting capital of Rs. 187,000 acquired by the founding group.

Later on when IBM and Coca-Cola bid adieu in India, this cleared the path for HCL Technologies’ growth by selling its microcomputers in the country.

Outside of India, the company had subsidiaries and their Singapore subsidiary developed imaging technology that allowed computers to read handwritten tax returns, resulting in massive earnings. The company began operations in the US in 1989, but it did not prove to be as successful as Mr.Nadar had hoped. In 1999, Nadar made ‘HCL technology' public. Mr.Nadar decided to focus solely on R&D Services during the internet boom, but after the bubble broke, the company fell behind its competitors.

When the National Institute of Information Technology (NIIT) was founded in 1981 to meet the country's expanding need for computer education, Nadar spent a lot of money into it. Until 2003, he was the company's largest shareholder.

By 1983, HCL had not only built its own 16-bit microprocessors, but also a database management system and, the following year, a client-server architecture.

However, after much efforts, the company ran into ill luck and it was then that Mr.Nadar exited his role as CEO but remained as chairperson and an active shareholder, although in 2020 he even left that role as chairman and his daughter is now the existing chairperson of the company.

In 1984, when the Indian government began allowing technology imports, HCL flew around the world sourcing computer parts and launching the ‘Busybee,' a personal computer that ran a native UNIX-based operating system developed by the company.

He founded HCL America in 1989 to capitalize on the massive computer hardware industry in the United States. However, the machines failed to receive environmental clearance in the United States, which was remedied in 1991 when HCL joined with Hewlett Packard to become HCL HP Limited, which saw positive revenue statistics in the country for the first time.

HCL's Many Partnerships Bolstering its Growth
HCL entered the telecommunication sector in 1994 under Mr.Nadar's supervision, working with Nokia and Eriksson to distribute cell phones and mobile switches in India.

However, Arjun Malhotra, one of HCL's top owners, quit the company in 1998 to start his own business. To overcome this, Shiv Nadar floated HCL on the Indian Stock Exchange in 1999, allowing the IT behemoth to raise funding once more.

From 2000 to 2006, Shiv Nadar helped build many collaborations and acquisitions to turn HCL into a global software company. It all started with a BPO in Ireland in 2001, in collaboration with British Telecom, and included deals with Boeing, a NEC of Japan, and Deutsche Bank.

He is currently elevated as the Chairman of Emeritus and Strategic Advisor to the company’s board.

Nadar was an enthusiastic participant in college activities, including donating Rs. 1 million in HCL stock to the college. Nadar said in 2006 that the institution would foster research in addition to guaranteeing that students benefit from collaborations with foreign universities. In 2005, Nadar became a member of the Indian School of Business' executive board. In March 2008, Nadar's SSN Trust announced the establishment of two Vidyagyan schools in Uttar Pradesh for rural students, with free tuition for 200 students from 50 districts.

Earned the Padma Bhushan Award
The President of India awarded Shiv Nadar the Padma Bhushan in 2008 in recognition of his pioneering efforts and influence in the field of commerce and industry.
In 2013, he was awarded the BNP Paribas Grand Prize for Individual Philanthropy for the Shiv Nadar Foundation, a meritocracy-based pan-India educational project.
Forbes International named him "The Outstanding Philanthropist of the Year" in 2015.