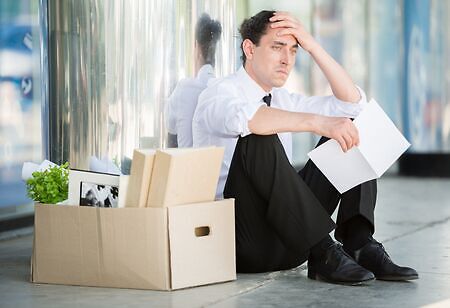 Amid the dwindling demand of products and services, laying off employees is among the backup plans of tech companies’ emergency strategies. However, Apple’s CEO Tim Cook decided to slash his own compensation this year instead.

Thousands of people have been laid off as a result of the industry's response to the mounting economic uncertainties. Twitter cut off nearly half of its global workforce, followed by Amazon, which is poised to lay off more than 18,000 workers and Microsoft also slashed positions. Most recently this year, Alphabet, parent company of Google, slashed 12,000 positions, or six percent of the company's total global workforce.

Given the scenario, tech leaders are expected to show that they are ready to make personal efforts. Precisely doing that is Apple’s CEO, who is anticipated to earn $49 million in total salary. From 2022, this compensation should decrease by 50.7 percent. The Apple CEO was paid $99.4 million in total last year, which included $3 million in salary, $12 million in bonuses, and $83 million in stock awards. However, 2022 represented a significant gain over the two years prior: Apple's CEO earned $14.8 million in 2020 and $11.6 million in 2019.

The recent mass layoffs appears to be a grim reminder of the dotcom era, slowly unraveling its spells of leaving thousands unemployed. What is the reason behind these mass layoffs?

To Prevent Economic Recession
According to experts and market observers, the layoffs are occurring due to sluggish growth and rising interest rates, predicting that an economic recession might start as early as next year. Over 120,000 employees of major digital companies like Meta, Amazon, and Netflix lost their employment last year due to similar economic instability; this trend has many people concerned. After data from the US Bureau of Economic Analysis in July 2022 revealed a contracting economy for the second consecutive quarter, discussions about whether the US is in a recession intensified. The International Monetary Fund (IMF), stated that the state of the economy is dependent on the outcome of the conflict in Ukraine, monetary policy, and the pandemic.

Although there isn't yet a clear trend, there are a few indicators that could indicate what to anticipate over the coming few months

Decrease in Economic Activity
Many businesses went online as a result of the pandemic as they adjusted to lockdowns. A few highly rated tech companies on Glassdoor provided totally remote or hybrid employment, indicating how some IT companies have adopted online work. However, not everyone was looking forward to the Metaverse's abrupt appearance. Some employers even stated that workers return to their cubicles full-time, and online resources abound with advice for doing so. Additionally, consumers exited from lockdowns, and online spending fell.

Words from IMF, Mastercard, and Harvard Business School denoted that e-commerce activity in the US and other advanced economies is at or below pre-COVID-19 trend levels. The globe reverting to pre-pandemic normalcy is a contributing factor in the massive tech layoffs. Although businesses may have employed often during the pandemic, they are no longer in need of these personnel.

Prioritizing Growth over Financial Sustainability
As investors press for employment reduction to save expenses, layoff concerns are becoming more real. Venture capitalists are worried that companies’ businesses would be less fruitful this year compared to the tech boom in 2021. Alphabet, the parent firm of Google, and Meta are two companies that are under investor pressure.

Take venture capital-backed companies which are typically prioritizing growth over short-term financial sustainability by positioning themselves to go public or be acquired, while share prices at publicly listed tech companies have been built on assumptions of ever-increasing growth. It's uncertain whether these companies will continue to pique investors' interest the same way they always did if they all make a pivot to successfully landing their rocket ships.

However, life outside of work began to resemble how it was before the pandemic in many ways. Restaurants and bars are once again packed, weekend sports have resumed, and vacations have returned.

After two lengthy years of sobriety, people frequently become much more attracted to these things. Since technology began to grow phenomenally, companies appeared to have hired more people for not just admin positions, but critical roles pertaining to the scaling of latest technologies. Hence, companies are now letting off their employees including recruiters as a last option to keep the business going. But what happens when companies cut off their recruiters as well?

More Difficult Identifying True Talent
The number of recruiters needed by businesses to help fill all of the open technology roles they had one year ago was insufficient. Now, a lot of tech talent seekers are looking for jobs on their own.

This is due to the fact that many recruiters who also work as contractors are frequently the first fired as businesses cut costs, while some recruiters who are employed full-time have also recently reported losing their jobs. Other tech professionals are having a harder time finding work as a result of recruiter layoffs.

What is the Scenario in India
Being among the top employers in the organized sector, Indian IT services companies are inevitably going to be impacted by any changes in the global economy. Although there isn't yet a clear trend, there are a few indicators that could indicate what to anticipate over the coming few months. Except for Wipro, all leading businesses experienced an increase in revenue and net profit. For the September quarter, Wipro's net profit decreased nine percent from the same period last year.

Due to low demand from recessionary worries in the US and excessive inflation in Europe, the majority of Indian IT companies have paused or reduced employment. Indian employees may have to leave the country and come back later if they are unable to find a new job within 60 days.

One explanation is that there has been a fall in the proportion of internet users visiting educational websites after the pandemic's end. Given the tightened funding conditions, the Indian start-up layoff tracker by Inc42 revealed that more than 15,700 employees have been let off in 2022.