Headquartered in Bengaluru, Dhiyo leverages state-of-the-art natural language understanding and machine learning techniques to deliver the industries’ most robust and engaging conversational experience. Through open-ended, natural and dynamic conversations, the company is able to gather deep candidate insights and build trust and confidence with the job seekers. The founder will further explain how Dhiyo empowers its clients to make an active presence in the job market on their own, in a simple intuitive way without any dependency on middle-men.

Conversational AI is an emerging market that could help enterprises to build a closer connection with the customer through personalized interaction. How is Dhiyo catering to industries being a dominant player in this market?
In the recent past, a lot of progress has been made in the area of Conversational AI and also in voice-enabled intelligent technologies. Therefore, our exceptional solution brings ‘vernacular’, as the third dimension to Conversational AI & voice. This combination is truly engaging and impactful, especially to a segment of the population that is non-English-literate and non-technical. The power of

conversation becomes a meaningful engagement especially if it is done in your native tongue. So for the first time in India, we are introducing a conversational interface where the job seekers in the informal sector can create their profile/resume just by speaking to their smartphone or digital device through a series of voice commands in their own native language. Therefore with our technology, they are empowered to make an active presence in the job market on their own in a simple-intuitive way without any dependency on middle-men.


Tell us about the issues Dhiyo faces in the intelligent applications market, and the measures deployed to confront them.
Though lots of strides have been made, Voice & Conversational AI technology is still nascent especially in the Indian market. People have been adopting it steadily. However, their use is mostly confined to the high-income, English speaking Metro users. Though there are few Vernacular Conversational Apps like TikTok, WhatsApp, etc. that are used by rural users with a sole purpose of socializing & entertainment value rather than making any transactions. Dhiyo is bringing a technology solution for these users in informal sector. This sector has a high level of job market inefficiencies, where middle-men and job agencies call the shots. Our endeavor is to get informal sector users on a digital platform and wean them off of middle-men dependency. To enable this transition, our solution uses Vernacular Conversation Voice AI to not only create

It is highly challenging for a startup to earn a considerable reputation at an early stage. Share a success story of one of your applications that have raised Dhiyo’s value in the industry.
Dhiyo has helped a lot of informal sector users to get their dream jobs. Just 90 km from Bengaluru, 19-year-old Ramesha’s whole technology world exists on his smartphone. While searching for jobs he came across our app which helped him to get a driver’s job in Bengaluru in his native language Kannada. Another 21-year old, Raju Parmar, from a small village in Uttarakhand, a wannabe chef wanted to make it big in the culinary world. But he was confused and unsure as to where to relocate and how much he will earn as the process is long-winded, often taking weeks or months. So he goes through a middleman who charges very high fees and binds him to one restaurant for a long time. With Dhiyo, he was not only able to check out the prevailing wages in any Indian city for his area of work, but also apply & reapply before he actually migrates to a new place.

Conversational AI enveloped with vernacular language is gaining momentum across different industries that are looking for seamless interaction with their customers. What have you planned for Dhiyo in the years ahead?
The market is huge for Conversational Voice AI enveloped with vernacular language especially for the Indian market and even outside India. Overall our product envisions creating a huge socioeconomic impact by not imposing English literacy as a pre-condition for being members of the new knowledge & digital economy. The future of Vernacular Conversational AI is here among the masses where it is absolutely needed and really matters. 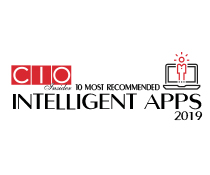