Abhinaya Dinesh is Among Winners of Apple's Swift Student Challenge 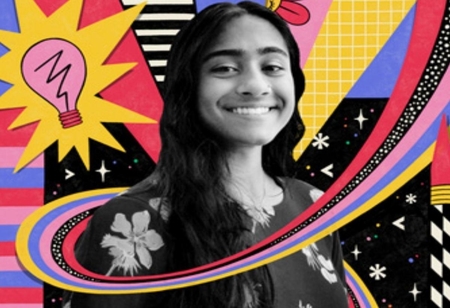 Apple’s annual WWDC21 (Worldwide Developers Conference), a platform for the young minds to showcase their coding and problem-solving skills, finalized three winners and among one is a 15-year-old Indian girl named Abhinaya Dinesh, announced the tech giant.

Dinesh’s passion about the connection between medicine and technology is what drove her to create an app called Gastro at Home and hopes to launch it in the Apple Store this summer.

According to the company's statement, the app provides patients with gastrointestinal diseases with a method to access information and resources, which is especially important given those problems can be difficult to discuss. Dinesh was inspired to create such an app after experiencing stomach issues herself.

Dinesh has also founded her own foundation, Impact AI, to promote artificial intelligence learning and ethical behaviors among young people, according to the statement.

As part of it, she launched Girls in AI, an eight-week high school program that teaches young women the fundamentals of programming and machine learning.

Along with Dinesh, the other winners were 16-year-old Gianna Yan of Hawaii and 17-year-old Damilola Awofisayo of Virginia.

Yan was inspired by her immunocompromised grandparents, who struggled to obtain basic necessities delivered to their home in Hawaii, such as groceries. As a result, they built Feed Fleet, an app that connects volunteers with at-risk individuals to deliver basic items to their homes.

Awofisayo, a 17-year-old from Woodbridge, Virginia, adores hackathons, which bring together programmers to create software in a short amount of time. TecHacks was created, with the objective of providing a supportive environment for girls everywhere to innovate, problem-solve, and showcase their talents alongside like-minded females to compete and work with.

We are extremely proud that this year, more young women applied and were selected than ever before, and we are dedicated to doing everything we can to continue to nurture this progress and achieve real gender parity, she said in a statement