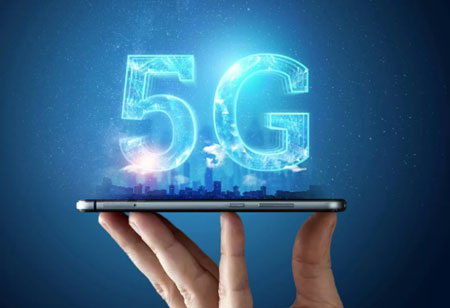 Bharti Airtel, a leading telecom company, has established a strategic partnership with the Tata group, a steel-to-software conglomerate, to develop 5G network technologies. The objective is to roll out the solution for India first, then for exports based on open radio access network (ORAN) technology.

The move is considered as significantly more ambitious than Airtel's original intention to collaborate with hardware and software companies to construct a low-cost 5G network. According to a top official, the original goal was not to "become the world's R&D provider”.

Tata Consultancy Services (TCS) has been hired by Bharti Airtel to help with system integration. The ORAN technology necessitates knowledge in the integration of disparate hardware and software components based on an open source technology.

Previously, major telecom equipment companies such as Ericsson and Nokia employed proprietary technologies that combined hardware and software into a single product.

Telecom operators can buy their hardware and software from a variety of vendors under ORAN, enhancing competition and lowering overall network costs. However, telcos will require a system integrator to power the network.

Like Reliance Jio, the Tata group has created state-of-the-art ORAN-based radios as well as standalone and non-standalone network control cores. The ORAN network is becoming increasingly software-based, offering it more flexibility and efficiency. Reliance, which also purchased Radisys in the U.s, has used it as a foundation for 5G software solutions.

“We are happy to join forces with the Tata group to make India a worldwide centre for 5G and allied technologies. This would also help India become a more attractive innovation and manufacturing destination,” said Gopal Vittal, MD and CEO, Bharti Airtel.

“As a group, we are enthused about the possibilities given by 5G,” said TCS COO N Ganapathy Subramaniam. We are delighted to have Airtel as a client".

Bharti Airtel already owns its own networks or holds stakes in telecom operations across numerous locations, including Africa, Bangladesh, and Sri Lanka, giving the new alliance an advantage over Jio in the worldwide market. TCS provides services to a number of telcos around the world.

“We are happy to join forces with the Tata group to make India a worldwide centre for 5G and allied technologies. This would also help India become a more attractive innovation and manufacturing destination,” said Gopal Vittal, MD and CEO, Bharti Airtel.

The decision by Airtel to develop its own 5G technology based on ORAN is not a new one. It had previously discussed working with Tech Mahindra as a system integrator and software partner. Apart from Rakuten of Japan, it has partnered with worldwide companies such as Japanese hardware giant NEC, Taiwanese major Sercomm, cloud player Red Hat, and start-ups like Mavenir in the United States. It has partnered with Altiostar, a US-based company, to develop tiny cells for 4G and 5G deployment.

TCS is not the only company competing in the ORAN contest. Apart from negotiations with Airtel, Tech Mahindra has expressed interest in bidding for the BSNL 4G network. Wipro and HCL Technologies have also held discussions with global players. Sterlite Technologies, for example, is developing its own technology for ORAN radios, while HFCL wants to take it a step further and manufacture the radio as well. Saankhya, based in Bengaluru, is also present, having built 5G radios, base stations, and chipsets.