India to Become the Model of Global Science, Technology and Innovation in 2047 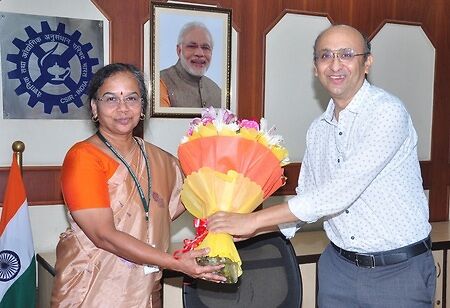 India is aiming to be the model of global science, technology and innovation in 2047 and will be among top three countries in the field in 2030, Council of Scientific and Industrial Research (CSIR) Director General Dr Nallathamby Kalaiselvi.

Kalaiselvi says, “The young scientist awards have been discontinued and said people will see definitely see a multi-dimensional growth in the science sector in the coming days.”

Kalaiselvi, the first woman director general of CSIR, established by the government in 1942, was in Bhopal to participate in the 8th India International Science Festival (IISF)-2022 which began on Saturday.

The theme of the four-day event is Marching towards Amrit Kaal with Science Technology and Innovation.

“In 2030, India will be one among the top three nations, in 2047; the country will become the model of global STI (science, technology and innovation). In 2070, the entire globe will accept that India is a ruling power (in science). Because this will become a reality in 2070, this is my strongest belief as a scientific researcher,” Kalaiselvi adds.

Kalaiselvi says, “Nothing has been stopped, young scientist-related programs are happening everywhere, at every level, even the students are called young scientist students, so everywhere science, researches and researchers are getting celebrated. If you feel that something looks like getting stopped, I think you will definitely see multi-dimensional growth in the coming days.”

According to Kalaiselvi this is a critically, historically and scientifically important era wherein Prime Minister Narendra Modi has also said that in the 'Amrit Kaal' they have escalated in science, technology and innovation.

“The government of India has already identified that women in science can really do wonders and women have also started reaching various heights,” Kalaiselvi adds.