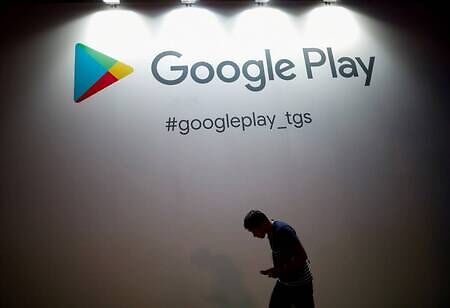 Tinder, Match, and OkCupid's parent company is suing Google, arguing that the firm has too much influence over payments through its Google Play app marketplace.

Match's lawsuit is the latest in a long line of software companies seeking relief from Google and Apple over their 30 percent standard cut — now down to 15 percent — on in-app purchases. Long-simmering tensions erupted in 2020 when Epic Games sued Apple for antitrust violations, a case that didn't produce a clear winner but did force Apple to allow developers to direct consumers to alternative payment choices.

Faced with criticism over its limited payment options, Google recently announced a trial program that will allow apps to offer an additional payment option in addition to Google Play's own system. The only entity listed as a participant in the experimental program was Spotify, which Match alleges has rejected its own attempts to join.

Simultaneously, Google revealed plans to crack down on apps that bypass its billing systems, with a June 1 deadline. Match Group CEO Shar Dubey called the lawsuit a ‘measure of last resort’ for the dating software company because of the deadline.

Match Group is a member of the Coalition for App Fairness, a developer advocacy group that highlights how Apple and Google's monopoly over the mobile software industry harms app developers. Other notable members of the organization include Epic Games, Spotify, and Tile, which was created in 2020, about the same time as Epic intensified its own accusations.

Developers who are fed up with paying such a large percentage of their in-app earnings to Apple and Google are putting pressure on the corporations, but governments all over the world are becoming increasingly interested in the matter.

The bipartisan Open Markets Act in the United States would break open both the iOS and Android app stores, upending Apple and Google's joint stronghold on the mobile software sector. That bill was passed out of a Senate committee earlier this year and appears to be on its way to becoming law.

Match Group filed a competition complaint against Google's Play Store in the Netherlands last week, prompting a preliminary investigation into the company's suspected anti-competitive actions. The Authority for Consumers and Markets in that nation is also battling Apple over its app payment systems, and the regulatory body has ordered Apple to allow dating applications to accept alternative payment methods.