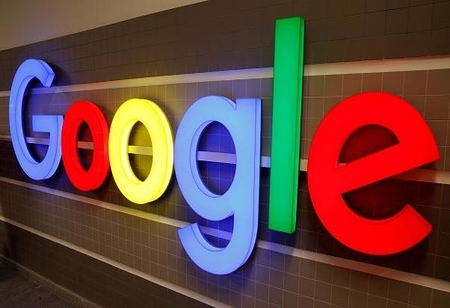 Many new additions and exciting updates including the launch of Android 12 and a new Wear OS were brought to the counter to Google I/O 2021. To top it off, the tech giant has baked a language model that understands natural language and that model is called LaMDA. Followed by smart canvas experience at its workspace, safer routing in Google Maps, and improvised video conferencing initiative called Project Starline.

The tech giant’s CEO Sundar Pichai and key individuals led the journey of its announcements. All its updates and innovations that are each interwoven with aspects that exceed the user’s expectations, reflects how its creative corps has been busy for months. The whole event was held virtually which is a norm now that the world is getting a hang of dealing with the pandemic. Here are the major announcements that went live at Google I/O 2021 in Mountain view, California, US.

Android 12
Google's new operating system, which was first made available to developers in February, has a completely new user experience. It has also introduced additional privacy features, some of which are identical to those introduced by Apple last year with iOS 14. It has more features to make your phone secure, and its animations and motions are more fluid and alive. The system areas have been overhauled, and there are more features to keep your phone secure. Plus, it also includes elements based on the Material the user designs the language, which will be used in the future to create the interfaces of Google's wearables, smart displays, and other gear.

"I believe I/O is a celebration of the people who use and produce technology, not just the technology itself. We've seen how technology can assist billions of people get through the most trying of times in the last year. It has strengthened our resolve to make Google a more useful resource for everyone ", Pichai stated.

New Wear OS
Wearables will undergo significant modifications as a result of a relationship with Samsung and Fitbit integrations. It's the largest update to Wear ever," according to the firm, featuring a new consumer experience. Support for third-party Tiles and the ability to navigate between programs by double tapping on the screen are among the new Wear OS's features. Google Maps and Google Assistant for Wear OS have also been updated with new interfaces and features. Fitbit's health and fitness tracking improvements are included in Google's newest wearable operating system.

Improvised Multi-Device Experience
The tech giant’s effort on new multi-device experiences to make communication between different Android devices easier has finally paid off. Fast Pair is now available on a larger range of devices, including Beats headphones and BMW and Ford automobiles. Android phones will also come with a built-in remote control for Android TV and Google TV-based smart TVs. Users of Chromebooks will also have access to a control center that will allow them to adjust a linked Android phone. In the next few days, features such as receiving notifications on Chromebooks and unlocking automobiles with an Android phone will be available.

Digital Car Keys: Safe and Secure Locking
Google has revealed that certain Pixel and Samsung Galaxy devices will be able to function as car keys thanks to NFC technology. In essence, if the car is suitable, the user can open their automobile just like they would with a key. New password management features were also introduced by Google. The ability to change all passwords at once, owing to a new Change Password button, is one of them. Users have the option of allowing Google to create difficult passwords for them or reclaiming direct control.

Canvas in Google Workspace: Smart Team Collaborations
Google Workspace now has a smart canvas to help teams collaborate on Google Docs, Sheets, and other productivity tools. Users will be able to video call their coworkers while working on their next task on Google Workspace. Users of Google Docs and Sheets will be able to connect with their teams via Google Chat rooms incorporated into the software. Google also unveiled a smarter meeting notes template and page less Docs, as well as Google Meet integration within Docs, Sheets, and Slides, all of which are aimed at increasing efficiency.

Google Maps: Explore Safe
Safer routing is now available on Google Maps, which will recommend routes to assist users to avoid slamming the brakes. It will use AI in conjunction with navigation data to detect harsh braking incidents throughout the user’s journey. By the end of the year, Google will have expanded its precise street maps to 50 new cities. In August, detailed street maps were introduced, with information on sidewalks, crosswalks, and pedestrian islands. Google Maps will now begin indicating congested areas to assist users in avoiding crowds.

Google Photos: Memories and Cinematic Experience
Google Photos, like Google Maps and Chrome, has got a slew of new features. One of them is the new sorts of Memories that will revolve around the occasions that a user has commemorated, such as Diwali, Christmas, or New Year. There will also be options to rename or erase a Trip highlight, as well as the ability to delete a particular photo from Memories. By filling in the gaps in almost identical photos, Google Photos will be able to produce moving visuals from their still versions. This is referred to as cinematic moments.

LaMDA: Natural Language Understood Better
For dialogue applications, LaMDA has been chosen as the new language model. It claims to be able to talk on any subject and is offered as an open domain, meaning it may be customized for any conversation. Google used a communication about Pluto to showcase the reach of LaMDA. The language model can only be used to train on text. However, Google also mentioned multimodal models (MUM), which will allow individuals to share photos, text, voice, and video in order to provide natural responses. Both LaMDA and MUM have the potential to help Google improve its search engine and Google Assistant in the long run.

Project Starline
It captures the shape and look of users from different perspectives using high-resolution cameras and custom-built depth sensors, then blends them together to generate an exceptionally detailed, real-time 3D model. This creates a hyper-real type of video chats, which might be quite useful, especially now that people are avoiding physical gatherings owing to the spread of the coronavirus.

"I believe I/O is a celebration of the people who use and produce technology, not just the technology itself. We've seen how technology can assist billions of people get through the most trying of times in the last year. It has strengthened our resolve to make Google a more useful resource for everyone ", Pichai stated.