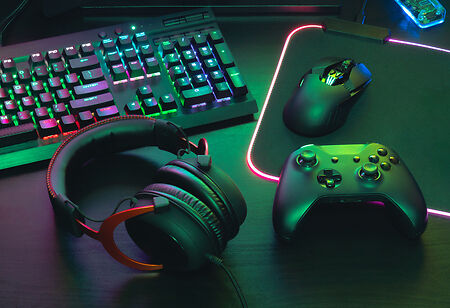 After signing a Memorandum of Understanding in Telangana, online gaming platform Mobile Premier League is employing 500 youths to set up a game development centre in the state.

Under the terms of the agreement, the state government would dedicate a 500-seat venue in IMAGE Towers to the Mobile Premier League, with the MPL agreeing to share technology know-how and hire local talent.

The MPL will collaborate with the Telangana Academy of Skills and Knowledge (TASK) to offer unique game development, animation, and sports-related courses in order to expand the state's talent pool.

However, the good news is that businesses have spent in R&D and IP, as well as innovated current business plans, which will deliver excellent results in the future", says Chilaka.

Minister KTR expressed optimism that this will become a landmark event for the IMAGE sector, and that it will go on to establish a strong reputation as an aggregator of previously independent domain events.

He also mentioned that gaming firms based in Hyderabad had taken advantage of the new market prospects offered by the pandemic. He noted that in the last two years, 45 gaming companies have picked Hyderabad as their destination, bringing the total to 80.

Rajiv Chilaka, President of the Telangana VFX, Animation, and Gaming Association (TVAGA), said the pandemic has provided an opportunity to develop IndiaJoy 2021, which would bring the IT community together on a larger, far more significant stage with the touch of a button.

Telangana has shown strong strategic intent in partnering industry and academia with enabling policy and infrastructure support to take the games, VFX, and animation industries to new levels of performance, according to Biren Ghose, Chairman CII National Committee for AVGC & Country Head - Technicolor India. IndiaJoy is a platform that commemorates significant events and serves as a torchbearer for the state.

The future will be determined by skills, and the AVGC has seen significant transformations. We feel that women who drop out of school and are assimilated into the system would give the business a big boost, he continues.

Chilaka adds that, “2020 was a difficult year for the industry, including ours, with game animation and VFX suffering as a result of the stoppage of filming. The industry experienced a 10 percent reduction in growth. However, the good news is that businesses have spent in R&D and IP, as well as innovated current business plans, which will deliver excellent results in the future”.