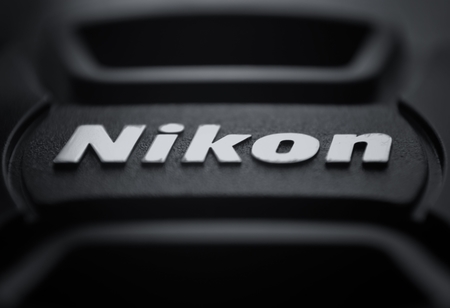 There are rumors swirling around Nikon, which is expected to launch a new Z-series camera in period style, an appealing factor of the upcoming mirrorless APS-C format camera. Reports have been dubbing the retro-style camera as Nikon Zfc.

Although the year 2020 had put most companies in a tight spot, especially Nikon as it suffered heavy profit losses which forced the halt of manufacturing its products in Japan to save funds. Yet the Camera giant bounced back by adding a range of full-frame mirrorless cameras the same year with the Nikon Z6 II and Nikon Z7 II, which are refreshes of the company's original Z-series cameras. It also put the Nikon Z5 up against the Canon EOS RP for the entry-level full-frame crown.

However the upcoming Nikon Zfc’s design can be compared to its 2013 Df DSLR boasting a full-frame camera. The F-mount DSLR is no longer in business, yet it is still popular for some reason. As a result, customers will see design similarities between the previous Df DSLR and the upcoming Zfc mirrorless camera.

Performance wise reports claim that the Nikon Zfc will be on par with the Nikon Z50 in terms of technological features. The Z50 is the first APS-C mirrorless camera using the Z mount from Panasonic.

the camera’s lenses will be that of two APS-C prime lenses and rumors have it that the company is mostly to expand its lens portfolio by introducing 28mm F2.8 and 35mm F1.8.

Images leaked on the internet depict that the camera's physical interface has a shutter button, record button, mode dial, exposure compensation dial, shutter speed dial, and a tiny aperture display will all be on the top plate.

Going by the rumors, the camera could arrive around the end of June and is expected to appear in three different colors such as black, brown and silver. The shipping would commence by the end of next month and the camera is projected to cost about $ 1000.

In addition, the camera’s lenses will be that of two APS-C prime lenses and rumors have it that the company is mostly to expand its lens portfolio by introducing 28mm F2.8 and 35mm F1.8.

Given that it is a mirrorless camera, the Z50 is relatively light. It can use any Z mount lens, including those designed expressly for DX format. It can also shoot 4K videos.

The Nikon Z50 is equipped with a 20.9-megapixel cropped CMOS picture sensor as well as the Expeed 6 processor. The image processing engine, or processor, is in charge of creating images, shooting 4K films, noise reduction, and picture sharpening. For low-light or night photography, the Z50 mirrorless camera has an ISO range of 100 to 51,200.