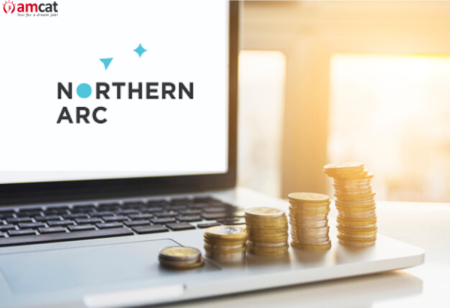 Over the next two fiscal years, the New Delhi-based startup plans to disburse close to Rs.14,000 crore in loans to small and medium enterprises (SMEs).

After the launch of its lending vertical, BharatPe has facilitated over Rs.1,600 crore in disbursements to 200,000 merchants.

“Last year, we have significantly increased our lending business and have set an ambitious goal of facilitating disbursals totaling $1 billion to more than 1 million merchants by the end of the current fiscal year (FY22). "We're excited about our recent capital raise from Northern Arc and optimistic that, together, we'll be able to transform bharat and serve the needs of India's underserved businesses", said Suhail Sameer, President ,BharatPe Group.

Sameer went on to say that the company is now looking to expand its lending vertical and provide newer credit solutions to retailers around the world.

BharatPe co-founder and CEO Ashneer Grover told Mint earlier this year that the company was looking to enter the secured loans market and offer merchants loans against gold and land, as well as auto loans.

BharatPe piloted its wholesaler financing product, BharatPe DtoR (distributor to retailer), at the start of the year, with the goal of underwriting wholesalers and extending them a credit line that they can sell to their end-retail partners.

Northern Arc's Chief Operating Officer Bama Balakrishnan said of the investment, "this transaction is a testament to Northern Arc's dedication to meeting the credit needs of the underbanked segments of the world".

Grover previously stated that the company planned to collect $200 million in debt from banks and other institutions this year.

Northern Arc claims to have disbursed over Rs.3,500 crore to SMEs, families, financial institutions, and mid-market corporations in the previous financial year.

In addition, the startup has partnered with Centrum Group to send a joint expression of interest to the Reserve Bank of India to take over the Punjab and Maharashtra Co-operative (PMC) Bank's distressed properties.

Northern Arc's Chief Operating Officer Bama Balakrishnan said of the investment, "this transaction is a testament to Northern Arc's dedication to meeting the credit needs of the underbanked segments of the world".