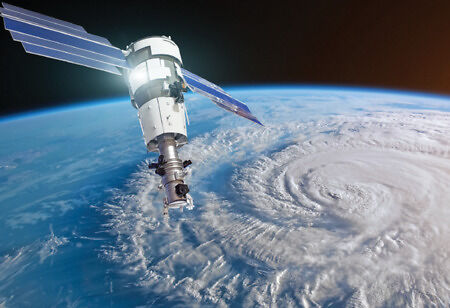 Sunil Bharti Mittal, chairman, Bharti Enterprises announced that OneWeb, a part of the Bharti Group, will be the first private company to launch satellites from Indian soil using ISRO facilities.

During the launch of Indian Space Association, a space and satellite companies body, Mr.Mittal revealed plans of rolling out the connectivity in the country through OneWeb satellite starting next year.

Currently OneWeb has about 322 satellites in space and it plans to leverage ISRO's Geosynchronous Satellite Launch Vehicle Mark III rockets to launch satellites from Indian soil.

Many large countries have achieved significant progress in the space field, according to Mr.Mittal, and matching them is impossible without government help.

"With this new endeavour, I am confident that more worldwide clients will flock to ISRO's Asian headquarters. We've got a bright future ahead of us. The Prime Minister is leading us in the right direction. It's past time for the industry to act”, says a gleeful Mr.Mittal.

Mr.Mittal says that, "OneWeb will be the first customer to enter the Indian space sector with a commercial presence”

Prior to the endeavor, Mr.Mittal declared that the company will invest about Rs.250-300 crore which is about $ 30 - $ 40 million to establish new ground stations in India while it prepares to launch high-speed satellite broadband services across the country next year.

In its role as custodian of the UK-based LEO satellite operator in India and South Asian markets, Bharti Airtel's equity investment in OneWeb's India JV would be a small sum, according to Mr.Mittal. To be precise, Mr.Mittal says that Airtel’s participation would be that of $ 5-7 million. Although he clarified that Airtel does not plan to buy Bharti Enterprises stake in OneWeb UK or invest into the global satellite communications company.

On the other hand, Bharti Global, Bharti Enterprises' overseas branch, recently announced that it will spend an additional $500 million (Rs 3,714 crore) in OneWeb. Bharti's overall investment in OneWeb will grow to $1 billion when the transaction is completed presumably in the second half of 2021 and it will own 38.6 percent of the global satellite enterprise.

OneWeb had applied to the Indian telecom department for two permits, a national long distance (NLD) and a GMPCS (global mobile personal communications by satellite services) licence, to supply satellite broadband services utilizing its worldwide LEO constellation. The Department of Transportation has issued OneWeb a letter of intent (LoI) for NLD services through satellite, but the one for GMPCS is still pending.

However, now that OneWeb has announced plans of launching satellites from the Indian soil, Mr.Mittal says that, "OneWeb will be the first customer to enter the Indian space sector with a commercial presence”.