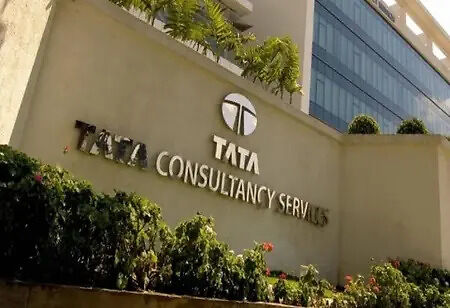 Tata Group was named the successful bidder for the national carrier by the government.

According to the company's chief operating officer N Ganapathy Subramaniam, India's largest IT services business will be an underdog bidding for a piece of the $ 50 billion federal IT project in the US.

Mr.Subramaniam believes that the company should win it on merit and needs some pro-activeness when it’s venturing out and pondering about what it could do. He expresses how it’s the company’s responsibility to pitch for it and see if it can win some of them.

TCS will not hand the project on a silver platter merely as it is a jewel in the Tata Group's crown, according to Subramaniam, who expects other companies to bid for it as well.

Almost all of the verticals and geographies performed admirably, according to Subramaniam. During the quarter, all industry verticals and geographies experienced double-digit growth. While the important banking and financial services business grew by 17 percent to $2 billion in absolute revenues, manufacturing grew by 21.7 percent, and life sciences and retail both grew by 19 percent.

He explained, "we deal with Singapore Airlines, Malaysia Airlines, Qantas, British Airways...so we have a fair amount of knowledge and expertise in making this work”.

TCS is competing for a portion of a $50 billion federal government contract in the US. "We are the underdog when we compete for some of these things (big federal projects in the US), so it is actually a good position to be in", adds Mr.Subramaniam.

He claims that the $50 billion is separated into hardware, software, and cloud components across several years, making the project manageable.

"I believe we need to break it and create an appealing value proposition. We need to figure out how to structure this and how to work within government procurement systems, just like we do anywhere else. The procurement processes used by the government are vastly different. As a result, we're learning about it as well. Participating in it is thus a good bargain. We will learn a lot from it whether we win or lose, in my opinion”, expresses Mr.Subramaniam.

TCS reported second-quarter sales of Rs 46,867 crore, increasing 16.8 percent year on year. Revenue increased 2.9 percent sequentially to $6.33 billion, but fell short of both internal and external forecasts. The company's management, on the other hand, said that this was the strongest quarter in years.

North America, which accounts for over half of the total income, increased by more than 17 percent. “When 50 percent of our revenues increase by 17-18 percent, we are under great pressure to remain agile. If the United States expands, everything grows with it; in that respect, it's been one of the best quarters”, he remarks

Customers were added throughout all client bands, and he predicted that the firm would only grow from here.

According to Subramaniam, the 2.9 percent sequential increase was lower than the company's early expectations, which were for the firm to rise by roughly 4.5 percent in the quarter. He explained that the slowdown was not due to project cancellations, but rather to the completion of a few projects in Europe in the previous quarter.

"Almost all of our European clients asked us to relocate things offshore, and although that is beneficial for us in terms of margins and better resource management, revenues will decline since we are charging them at a cheaper price," he said.

"It has a great footprint. Almost all of the verticals and geographies performed admirably, according to Subramaniam. During the quarter, all industry verticals and geographies experienced double-digit growth. While the important banking and financial services business grew by 17 percent to $2 billion in absolute revenues, manufacturing grew by 21.7 percent, and life sciences and retail both grew by 19 percent.