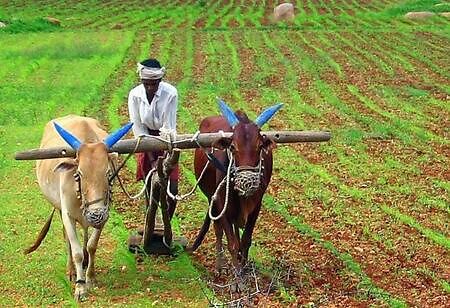 India’s agriculture sector is one of the greatest living examples of ‘old habits being hard to pass’. Even though there’s agritech? Yes, since agritech has only begun sprouting, the farmers across the land are still using the good old farming ways from the good old days. Since most farmers who did or could not attend schools, due to poor economic standing, lack of educational facilities, and other hurdles, that's a different story. Yet they are responsible for the lack of understanding of technology. A lot of startups and businesses have in fact realized those drawbacks and are taking it upon themselves to get on the fields and teach farmers about a thing or two how they can use technology in farming. However, these startups and businesses are also the same as agritech, for they have only begun their growth and there’s a long road ahead.

It’s unclear to conclude how short that road will get in the years to come, but it’s certain that the show will go on and will break a sweat until then. At the moment there are various technological innovations and such helping farmers in every way they need a hand. If there’s a need for tending to the fields there are technological products and devices and there are initiatives or programs to educate farmers on how to use them as well. There’s not one but many ways to benefit the crops’ growth as well like bio-stimulants for one. If there’s financial assistance that a farmer requires, there are tons of initiatives for those as well. These are all possible as those startups and businesses indeed get on the field, talk with farmers and engage in their line of work, overall yielding in-depth intel on how it all falls in place. In turn, they are able to get a better understanding of the challenges that farmers find hard to overcome. Overall progress may take a while to shimmer throughout the nation, but acing that progress is now taken charge by an e-commerce giant that’s taking a major step to digitize farmers and their traditional methods to produce and that is Amazon.com Inc.

Name it and the Amazon App Gets it
While the e-commerce giant has set its target high, it has already begun laying the grounds to harvest that dream into a reality, by providing real-time advice and information as per the farmer’s queries through its mobile app. Be it decision-making on crops or learning how to deploy machine learning, this app is proclaimed to be a guiding assistant ready to answer and clear away those questions and doubts. Amazon's mobile app sends out notifications and answers questions about soil, pests, weather, disease, and other crop-related issues, according to a release. Machine learning algorithms for detecting flaws in fruits and vegetables are also available. It will also assist farmers with sorting, grading, and packing vegetables for delivery to AmazonFresh fulfillment centers.

Digging deep into clearing the complexities of crops, the e-commerce giant has introduced a program called Reactive and Proactive Crop plans, which not only equips farmers with smart technological devices but insights of the same are also part of the menu of this program.

The e-commerce giant may be fresh to join the club of other firms which have booked their seats in the fruits and vegetable department of the country, but it sure proved to be one smart cookie. Since the overwhelming population is only one among the countless elements that India is famous for. Here, the country happens to be the world’s largest annual harvest of fruit and vegetables after that of China. Other firms surfing in this segment are Reliance Industries Ltd., Flipkart, and the Tata Group. Again there’s an equivalent exchange here, meaning these firms seek to boost their business while helping modernize MSMEs (Micro, Small, and Medium Enterprises) who mostly comprise the country’s agriculture sector. This enables MSMEs to get their hands on basic equipment from temperature-controlled warehouses and refrigerated trucks.

It’s widely been noticed that securing a place in the fruit and vegetable department of the country is the ticket to dominating the country’s online commerce. Therefore, Amazon has seen it fit to have a seat in this segment.

With the increased attention on the North-East, goods peculiar to the region, such as tea, spices, and honey, are projected to benefit in international markets, according to Bhasin. The project would help local craftspeople and women businesses ‘embrace digitization’ while also boosting the local economy.

“Amazon, Walmart, Reliance, and others would not be able to unleash significant growth in e-commerce unless they break the agriculture supply chain,” says Arvind Singhal, chairman, retail consultant, Technopak Advisors Pvt. “Building a solid relationship with farmers at the grassroots level will enable them to acquire consistent, high-quality products all year at stable prices.”

Amazon Focuses its Spotlight on NorthEast Storefront
Aside from bringing in new sellers, particularly MSMEs from the region, such as artists, weavers, and women entrepreneurs, the e-commerce giant is focusing on handicrafts, GI-enabled items, and regional spices, which are aimed at both Indian and worldwide markets.

The Spotlight North East program aims to enhance the local economy, create jobs, and accelerate financial inclusion and women's empowerment in the eight states of the country's North East.

Chakshesang shawls from Nagaland, muga silk from Assam, various sorts of weaves such as the Moirang Phee from Manipur, and various teas and spices such as the Mizo Chilli are among the distinctive things that the e-commerce giant wants to list. The majority of these products are GI-protected. Spotlight North East will run alongside existing seller programs including Karigar, Saheli, Amazon Launchpad, and Amazon Local Shops.

According to Pranav Bhasin, Director, MSME & Selling Partner Experience at Amazon India, the company plans to sign up 50,000 small businesses from the region by 2025. The e-commerce already has 6,000-plus vendors from the region that list and sell on its platform, and it delivers to ‘all serviceable pin-codes in the region. With the increased attention on the North-East, goods peculiar to the region, such as tea, spices, and honey, are projected to benefit in international markets, according to Bhasin. The project would help local craftspeople and women businesses ‘embrace digitization’ while also boosting the local economy.

According to Bhasin, Amazon Global Selling, a one-of-a-kind initiative that facilitates e-commerce exports, is an option available to all sellers who list products on the company's marketplace. Traditional handcrafted and handloom items from India have already found a global audience.