upGrad Hits a Funding of $ 120 Million 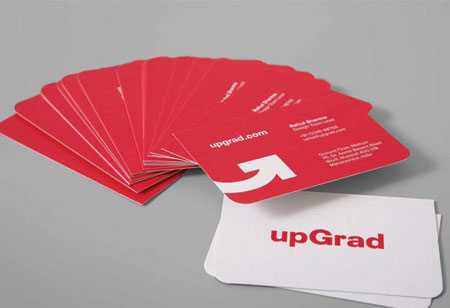 upGrad, an online higher edtech company, promoted by media entrepreneur Ronnie Screwvala, is proclaimed to have hit a funding of about $120 million in Temasek, a Singapore's sovereign fund, in its first external fund raising.

After this round of funding, the Mumbai-based start-up is projected to be priced at $575-675 million.

In turn, these funds will go into mergers and acquisitions while supporting higher education. UpGrad intends to potentially list itself on the stock exchange by issuing initial public offerings (IPOs).

The online edtech platform specialises in K-12 education space by providing online courses from universities all around the world. In which, College and degrees, test training, and lifelong learning are all categories under post K-12 education, where Screwvala, the company’s executive chairman, denoted that, there are longer, more in-depth courses, shorter courses, and top-up courses, in a life-long learning process and what we're looking at is an M&A in those areas.

The platform entered the test preparation market late last year when it paid an undisclosed sum for The Gate Academy, a chain of coaching institutes based in Bengaluru. Around the same time, it acquired Rekrut India, a recruitment and staffing solutions company.

Screwvala, then told ET that, "the proceeds will be used for mergers and acquisitions to enhance our ecosystem in higher education and working professional centers."

In addition, the platform intends to place the business on the public market in the near future. Although funding is a step in the right direction, an IPO is said to bring it to the next level. “We're building a long-term company here and being a publicly listed company changes your profile all over the world,” expressed Screwvala.

Later it was reported that, in April those monthly sales had surpassed Rs 100 crore, resulting in a revenue run rate of Rs 1,200 crore for the fiscal year, in which Screwvala explained that for many years the platform has been viewing itself at 100 percent each year.

However, as a result of the pandemic, the online education sector in India got a major boost in 2020. With the emphasis moving from physical classes in schools and colleges to online learning, it's no surprise that edtech startups have benefited from the situation, where startups like Naspers and Tiger Global-backed Byju's and SoftBank-backed Unacademy.

Screwvala, then told ET that, "the proceeds will be used for mergers and acquisitions to enhance our ecosystem in higher education and working professional centers."

Byju and Unacademy, which are considered as the two most well-funded firms, have led the wave of industry consolidation, in which a data from Tracxn Technologies, which collects data on private companies, indicated that Byju is the most profitable company in the industry, has earned $2.77 billion so far. In a transaction worth approximately $1 billion, it recently acquired ‘Aakash Educational Tutorial Services’. According to Tracxn, SoftBank-backed Unacademy has raised $440 million to date.