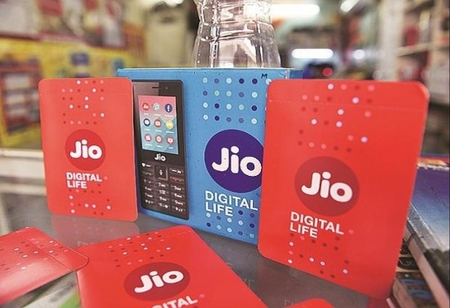 One bright spot in Reliance Industries Ltd's (RIL) March quarter results is that, it showed an increase in Jio's net subscriber additions. In the third quarter, they jumped to 15.2 million. It's fair to say that this is the best result in the previous four quarters.

Even though it can be said that the net subscriber additions are also much smaller than the average of about 25 million before the tariff hikes in December 2019.

Nonetheless, the net additions were significantly higher than the 5.2 million, 7.3 million, and 10.8 million net additions reported in the December, September, and June quarters, respectively.

While JioPhones were relaunched with a bang, analysts at Jefferies India Pvt. Ltd. said that "this also reflects that farmer protests are not having as much of an effect as they did in December and January”.

Jio was also able to contain the churn it had seen in the previous two quarters in the March quarter. “This quarter saw the churn decline to around 15 million, which is likely a result of new JioPhone plans,” stated Ambit Capital Pvt. Ltd analysts. However, this has a major impact on the efficiency of the subscriber base." Users of JioPhone produce significantly lower average revenue per consumer (Arpu).

To be sure, Jio's Arpu for the March quarter was supposed to be capped due to the adjustment in the interconnect use charges regime.

Despite this, Jio's Arpu dropped at a faster-than-expected pace of 8.5 percent in the previous quarter. Given Jio's increase in subscriber additions in the March quarter, it will be important to see how Bharti Airtel Ltd and Vodafone Idea Ltd fare when their March quarter results are published.

To recall that in the previous two years, Jio's net additions trailed those of Airtel, where the latter is expected to continue doing well.

Given how well Jio and Airtel are doing in terms of subscriber additions, Vodafone Idea's market share losses could accelerate.

Furthermore, Jio is planning to launch an affordable smartphone in the coming months, which is expected to help with subscriber growth.

Credit Suisse analysts predicted that Bharti Airtel will respond by launching smartphones in collaboration with handset OEMs and financing partners.

“We assume that Airtel's balance sheet allows it to launch affordable smartphones as well. Vodafone Idea, on the other hand, is more fragile in the event of a disruptive smartphone launch due to its weakened balance sheet, continuing market share loss, and higher share of feature phone subscribers”, they added (in tie-ups).

Overall, following Jio's fourth-quarter earnings, many analysts have increased their expectations for future price increases. Of course, sales forecasts for telecom firms will have to be reduced to that degree.

The fact that there are no big debt-related payments due in the near future is Vodafone Idea's saving grace. Analysts at IIFL Securities Ltd said on May third in a report.

“We delay tariff hike expectations to the end of 2021 due to Vodafone Idea's reduced urgency for price increases, which is due to a moratorium on past spectrum instalments in effect for FY22 and no major debt repayments or AGR (adjusted gross revenue) payments in 1HFY22”, noted by the analysts.