Wipro to Grant Salary Hikes to 80 Percent of its Workforce 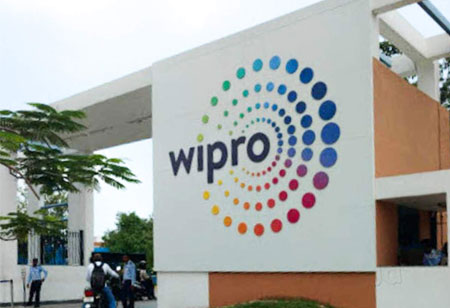 Wipro, an IT services company, announced that it will begin paying wage increases to 80 percent of its employees in September of this year. The international firm has raised compensation for the second time this year.

"Effective September 1, 2021, Wipro Limited will implement merit salary increases (MSI) for all qualified workers up to Band B3 (Assistant Manager and below). The company announced compensation increases for qualified employees in these bands, who make up 80 percent of the company's workforce, in January 2021 - this is the second boost this calendar year”, the company stated.

Wipro also announced that, as previously indicated, all eligible employees above band C1, including managers and those above this level, will get wage raises beginning June 1.

"We recognize that we are in a talent war for top talent, and we are well prepared to lead the charge. We are investing in scalable talent development and have deployed a number of interventions to retain a diverse workforce", he had added.

Wipro reported its greatest fourth-quarter performance in ten years earlier this month. For the quarter ended in March, the company recorded a 27.78 percent year-on-year increase in net profit to Rs 2,972.3 crore. For the quarter, revenue from operations increased 3.4 percent year on year to Rs 16,245.4 crore.

Its gross revenue climbed by 3.4 percent year over year, its net income increased by 27.8 percent, and its profits per share increased by 31.8 percent year over year. In addition, the company expects revenue from its IT services sector to expand by 2.0 percent to 4.0 percent sequentially, excluding revenue from its recent Capco and Ampion acquisition.

With the exception of the purchase tax, the business completed its buyback of 237.5 million equity shares, totaling $ 1.3 billion, as approved by the Board of Directors last year. It also stated that the board of directors declared one rupee to be considered the final interim dividend for this year.

"We recognize that we are in a talent war for top talent, and we are well prepared to lead the charge. We are investing in scalable talent development and have deployed a number of interventions to retain a diverse workforce", he had added.

Wipro's attrition rates increased to 12 percent in the quarter ending in March, prompting the company to provide skill-based bonuses, compensation increases for top executives in June, and promotions across the board.

Wipro ended the year with 197,712 employees, up over 7,700 from the previous quarter. During the year, the corporation aims to hire roughly 18,000 new employees.