6G to Rule the Telecom Industry by the Next Decade 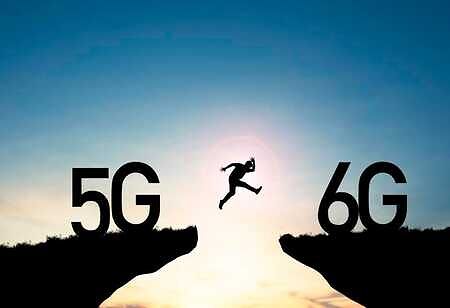 We are at the gates of 5G deployment. The mobile broadband we use currently is based mostly on 4G; the wireless standard first launched in late 2009. Interestingly, even though we are now moving on to 5G, many cell phone companies haven’t actually met international 4G benchmarks.

The terms like 4G LTE sound like deluxe 4G, but it’s more like a sped-up 3G but not quite a version of 4G. On average, mobile devices on 4G LTE networks hit around 33.88 Mbps download speed, well below the original estimates of what 4G was planned to achieve. However, considering the 3G internet speeds, 4G radically boosted data speeds on our phones, allowing users to do online activities like streaming HD video and playing video games.

The fifth-generation communication networks are deployed with the aim of high internet speed. There is enormous growth in smart devices, and the emergence of tons of Internet of Everything (IoE) applications, which require ultra-reliable and low-latency communication, will result in a substantial burden on the 5G wireless networks.

Addressing the silver jubilee celebrations of the Telecom Regulatory Authority of India (TRAI), the Prime minister of India, Narendra Modi, said that India is targeting the rollout of the 6G telecom network by the end of the decade. The companies are gearing up to launch 5G over the next few months. The PM added, “This is not just increasing internet speed but also the pace of development and creating jobs."

What is 6G?
6G is the successor to the fifth-generation cellular network. The sixth-generation wireless communication network is expected to facilitate terrestrial, maritime, and aerial communications. Using higher-frequency radio bands, it will provide much faster speeds and lower latency and be able to support sophisticated mobile devices and systems like automated cars.

The latency of the network in 6G will be minimized by using super-fast and high computational power processors both at the network and end devices. The mobile phone of the future network will be intelligent enough to sense the environment and give precautionary and preventive measures. For example, these mobile phones will be capable of detecting the air pollution level, toxic food materials, and explosive materials around us.

Dr. Mahyar Shirvanimoghaddam, a senior lecturer at the University of Sydney, suggested a theoretical peak data rate of 1 terabyte per second for wireless data may be possible. That estimate applies to data transmitted in short bursts across limited distances.

It is anticipated that 6G cell phones, coupled with the incredibly high directive and beam-steering antennas, would be capable enough to see through the walls by reconstructing the images by receiving the signals from multiple levels of density of the environment in the vicinity. This feature would be useful for extracting minerals and elements from rocks, exploring underground natural reserves, and detecting arms. Apart from this, 6G mobile phones will have tremendous features of providing position, location, and range with very high accuracy. This will be helpful for maritime and underwater communication and positioning.

According to the prime minister, a task force has started work on rolling out a 6G network by the end of the decade. By describing the work of the previous Congress-led UPA government, PM says the 2G era was symbolic of policy paralysis and corruption. India has moved transparently to 4G and is now going to 5G. Our country's government has encouraged healthy competition, leading to India having one of the cheapest telecom data charges in the world.

What Will be the Impact of 6G After Ten Years?
When it was launched, 5G technology claimed higher speeds and capacity than ever before, with 20 gigabytes per second and reactions in a millisecond. But its applications have gone much further.

Even though 5G has made it possible to consume digital media anywhere and at any time, the technology of the future should allow us to integrate into completely virtual or digital worlds. Human intelligence will be augmented by being tightly coupled and seamlessly intertwined with network and digital technologies. With advances in artificial intelligence, machines can transform data into reasoning and decisions that will help humans better understand and act in our world. As today’s home and industrial machines transform into swarms of multipurpose robots and drones, new haptic and human-machine thinking interfaces to control them from anywhere should become an integral part of the networked future. 6G will solve a few challenges we are facing today. The first is that 6G signals, to achieve data rates of one terabyte per second and response times as low as 0.1 milliseconds, must be transmitted in the terahertz range, beyond 300 GHz. This means that its bandwidth will be very high, but also that the range of the signals will be very short and could be blocked by walls and other obstacles. That means it will require more base stations, although they will be smaller, and many new types of antennas to provide sufficient coverage.

In 2019 the Federal Communications Commission (FCC) opened the gates to a potential 6G future by allowing companies to begin experimenting with what’s being called terahertz waves or sub-millimeter waves. These radio bands fall in the spectrum of 95GHz to 3THz (terahertz). Terahertz waves come at a higher frequency than millimeter waves, which today are being touted as a kind of Holy Grail solution to network congestion and bandwidth limitations. Advanced versions of 5G depend on millimeter-wave bands to carry vast amounts of data at ultrafast speeds with minimal response time, making it possible to develop things like automated cars and remote surgeries.

What are the Advantages of 6G Over 5G?
Dr. Mahyar Shirvanimoghaddam, a senior lecturer at the University of Sydney, suggested a theoretical peak data rate of 1 terabyte per second for wireless data may be possible. That estimate applies to data transmitted in short bursts across limited distances. This level of capacity and latency will extend the performance of 5G applications. It will also expand the scope of capabilities to support new and innovative applications in wireless connectivity, cognition, sensing, and imaging. With 6G, access points will be able to serve multiple clients simultaneously via orthogonal frequency-division multiple accesses.