Five Movies that Feature the Capabilities of Enterprise Tech 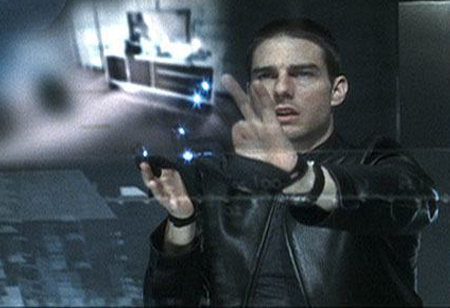 The blockbuster movies are more than just blockbusters that take one to ponder upon the kind of world we live in or the kind of life that we lead. They often act as education mediums that teach people on various topics.

When it comes to the ‘Tech genre’ in movies, the technology projected in movies seemed more action packed, like robots turning against mankind or aliens invading the planet. That is, until technology got promoted to a much higher level, giving us the best of computer animations, graphics, CGI, editing software, camera innovations and what not. Now movies can be taken as inspiration or roads of reality.

A lot of tech movies carry themes that show the dark side of using new technologies, and question how far can technology go and what is the price to pay for going far off the shore. They may be too serious and dark, but can cleverly reflect on the reality of the society we actually live in, the laws we follow, the creed we follow or even our own actions. Down below are the films that feature the capabilities of enterprise tech.

Minority Report
This Steven Spielberg movie spins around solving crimes with a technology called precogs, a technology which shows preventing crimes before happening. Yes, predictive analytics. From the beginning, the movie attempts to show that it's not just the technology that shapes the future, but it is how the people use it as well. The film is set in 2054 and presents a lot of technologies like multi-touch interface, retina scanners, autonomous cars, insect robots, gesture recognition, personalized advertising, crime-prediction software, e-papers, of which some already exist like autonomous cars, gesture-based spatial operating system, voice-controlled homes, and optical recognition. The film, unlike most sci-fi films out there, warns about the dangers of technology.

The Imitation Game
The movie tells a story of a well-known mathematician and computer scientist, Alan Turing, who is hired to crack a code called ‘Enigma’, a strategic code used by the Nazis to encode their messages. Starring Benedict Cumberbatch as Turing and Keira Knightly as Joan Clarke, the film portrays the journey of what led to the creation of the world’s first computer. The film shows Turing building a computer with agility to perform complex permutations as fast as any human could perform, in which the creation of this computer paved way for creating machines as well as enforcing the field of cryptography and cybersecurity. A memorable lesson to be learned here is that the importance of creativity and novelty when solving an ‘enigma’ including the understanding of communication and human behavior are key components to solving any problem.

Moneyball
This film portrays the power of Data Science and especially ‘predictive-analytics’ and its capabilities in the real world. ‘Data analytics’ and ‘Moneyball theory’ are applied to pick the best team from underestimated players under a cost-effective manner. The film shows the importance of data in decision making and in choosing the right statistics in predictive modelling. The film is an adaptation of the book by Michael Lewis, based on the true story of Billy Beane who was a manager of Oakland Athletics, an American professional baseball team based in Oakland, California. Billy along with his partner Peter Brand reinvented not just Oakland Athletics’ team management, but transformed the whole world’s perception at the game of baseball itself. At the time, faced with the task of rebuilding the team with financial constraints, Beane was persuaded by Brand who worked out numbers to arrive at strict cost-benefit analysis of baseball players. The film was nominated for six academy awards including for the Best Picture and Best Adapted Screenplay.

The Pirates of the Silicon Valley
Directed by Martryn Burke, the film is a 1999’s American drama starring Noah Wyle as Steve Jobs and Anthony Michael Hall as Bill Gates. It is a semi humorous film centering two men who made the world of technology what it is today. It depicts their struggles during college days, the founding of their companies followed by the actions they took to construct the global corporate empires of Apple Computer Corporation and Microsoft Inc. Like most films, the movie did change facts up a bit for dramatic reasons. The film covers how IBM stood at the forefront among other technology institutions and how men were dressed in suits everywhere. The term ‘Pirates’ focuses on the heated rivalry between Steve Jobs of Apple and Bill Gates of Microsoft. Like the above, the film is also an adaptation of the book, ‘Fire in the Valley: The Making of Personal Computer’, by Paul Freiberger and Michael Swaine.

Hackers
The 1995’s classic film covers the subject of intense coding and the importance of payphone at the time. It depicts the story of Zero Cool alias Dade Murphy who wrote a virus code at the age of 11 that caused a huge turmoil in history and resulted in the dropping of New York Stock Exchange at seven points that eventually grounded the lad from using the computer or the pay phone until his 18th birthday. Soon after seven years, our protagonist moves to New York where all the series of his hacking journey begins. The movie portrays Dade hacking a Television Station to hacking another hacker’s computer to hijacking a payphone and what not. While the film offers predictions for the future which sounds like an outdated future as the movie’s setting, yet some of its aspects do prove possible.

Sci-fi and tech movies are truly inspired by some of the legacy of major companies and individuals who took ‘thinking out of the box’ perspective to another level. Although, films tend to show an exaggerated version of the actual events, adding a little pint of drama to make them as entertaining as they could. However, they do teach important values that not only imply to the usual ‘dark side of using too much technology’ but rather important life lessons as well. Looking at it carefully, most of the time, it can be observed that the technology alone is not to blame for bringing about destruction or havoc, but it depends on how the user intends to use it.