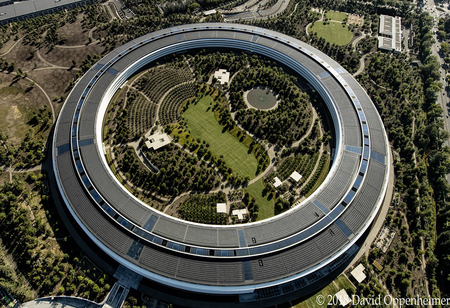 Apple is turning out to be more part of people's lives enabling them to talk, listen, clean (Apple’s polishing cloth) and in about a few years from now, people can start driving Apple as well. As Apple is gearing up to drive in its electric car by 2025. It’s not yesterday that electric vehicles (EV) were born, but their existence has now become the need off the hour to use them to fight against hazardous pollutants destroying mother nature.

Apple is no stranger in EVs as the tech giant has been working on its electric car for several years and is finally getting set to drop in the road before or by 2025.

The Story So Far
It started designing a car from the ground up in 2014. Project Titan, the company's vehicle endeavor, has progressed unevenly.

Apple was apparently in talks with Volkswagen in 2018 to manufacture an autonomous staff shuttle van based on the T6 Transporter commercial vehicle, which is a venture that was supposed to lead to the development of a mass-market Apple car.

The relationship between the two corporations was hampered following a succession of high-profile test crashes and employee disclosures, and little more was revealed on the subject.

The tech giant was rumored to be in advanced talks with Hyundai about producing the self-driving electric vehicle. Then there were speculations that Apple had negotiated a manufacturing agreement with Hyundai's subsidiary firm, Kia, to bring the Apple Car to market as early as 2024.

However, in classic Apple fashion, another story surfaced claiming that Apple had halted talks with both Hyundai and Kia, and that the corporation had instead turned its focus to a number of Japanese automakers in order to fully realize its ambitious EV (electric vehicle) aspirations.

Rumors began to circulate that Apple had approached Nissan as one of these potential Japanese manufacturing partners, but the interaction was brief and the conversations did not progress to senior management levels due to branding disagreements.

Quite interestingly, rumors of the past also said that Apple plans to remove all windows from the car. The tech giant wants to show how VR headsets could be worn by passengers in a self-driving car to provide virtual windows with views of the outside world or any other environment that the car's occupants desired to visit.

No Sign of Chargers Here
Apple is not planning to manufacture a special charging cable for EVs, instead, it intends to make the vehicle compatible with the CCS standard, which will allow it to be charged at most public fast charging stations.

Apple is intending to release not only an electric car with some autonomous functions, but also a car that can drive itself entirely. So much so that Apple intends to do away with the steering wheel and pedals entirely. However, no specifics about the deletion have been finalized by the company. It's possible that Apple will include an emergency takeover mode.

The tech giant plans to arrange the car's seats in the style of a limousine, with occupants facing each other rather than the front. Apple has also enlisted the help of Canoo, a 'Lifestyle' EV company that has created cars with a similar seating experience.

No Hands Needed, Le Car Can Self-Drive
With its first electric car, Apple is exploring two choices. The first possibility is for Apple to release a car that just has self-driving features, as is the case with current worldwide options such as Tesla. The second approach is to create a whole new automotive category that does not require any human intervention. Kevin Lynch, the project manager, prefers the second alternative.

Custom Chip for the Car
It’s no surprise, since Apple already made headlines with its newly made Mac processors, letting the world know that it no longer requires Intel’s help when it comes to chipsets. Its new processors and gadgets are aimed squarely at the high-end chips that Intel has provided for the MacBook Pro and other high-end Macs for the past 15 years. Last year, Apple began switching its low-end Macs to its own M1 Apple Silicon chip. However, the new chips take a more risky approach this time, seeking to significantly surpass Intel's top-performing offerings.

The HDMI port, an SD card slot, and MagSafe charging are among the three connectors that have been missing from consumers' devices since they were removed five years ago.

Therefore, the same goes for the car as Apple is said to be working on a bespoke chipset that will be installed inside the car and will handle much of the computing. Considering that the car is rumored to be totally autonomous and without a steering wheel, the chipset's importance grows even more. As a result, the chipset will occupy a significant portion of the stage.

All of this, of course, follows years of reported alterations to the project, which set off in 2014. Since Apple Watch lead Kevin Lynch stepped over earlier this year, Project Titan has been led by five different executives. The concentrate and schedule shift is claimed to be a sign that with him at the lead, significant progress is being made, but it could just be the latest footnote in whatever the project becomes next.

Of course, Apple isn't far behind in the battle to build the first mass-market self-driving car.
While Tesla obviously leads the pack in this area, a slew of other firms have had similarly bumpy journeys when it comes to building self-driving cars.

Waymo, which was originally Google's self-driving car project and is now its own firm under Alphabet, is perhaps Apple's most comparable opponent.

Uber was rumored to be the first firm to test self-driving cars, but a horrific accident in March 2018 halted the ride-sharing service's tests, and the company has since ended its autonomous program in Arizona.